Breaking off a piece of warm Pita and dipping it into fresh Baba Ghanoush brings back so many memories from going to school in Israel and from spending Shabbos with my friend, Arielle at different friend’s homes in the Pico/Robertson area of Los Angeles.

Arielle and I would show up at the end of the service at the Aish Hatorah center and we would be swarmed with friends asking us to Shabbos lunch. It was such a relaxing day, eating and talking with close friends.

No televisions, no cell phones, just good and personal conversation. A few months ago, hubs and I went to the Pantages Theatre in Hollywood to see “If/Then,” starring Idina Menzel. 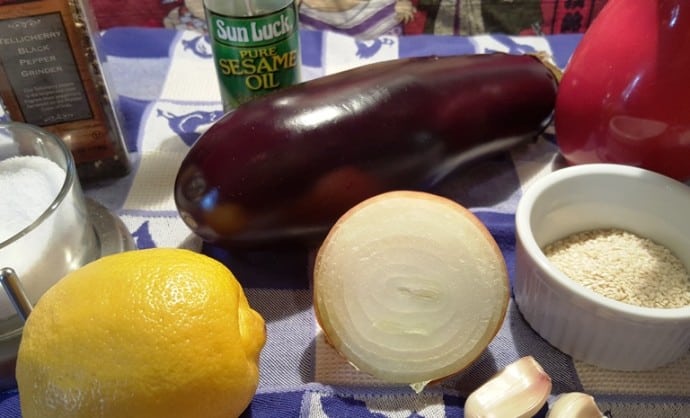 The show was wonderful and I even got some selfies with some of the cast. There is a cute little restaurant, called Cleo, just down the street a bit, off of Hollywood Boulevard. We made reservations to have dinner after the show and then walked over to the restaurant for a late dinner, a very late dinner. The place was packed with show goers and locals. It’s a Tapas style restaurant.

Well, time got away from me and I cannot remember that secret ingredient, so I guess we will have to go back to Pantages for another show and another late dinner. 🙂 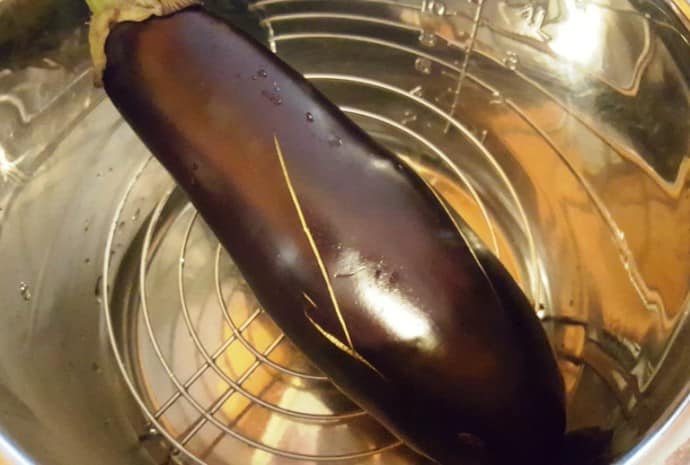 Make a few slits in the eggplant and then pop it into the Pressure Cooker.

Peel the skin and slice the meat. 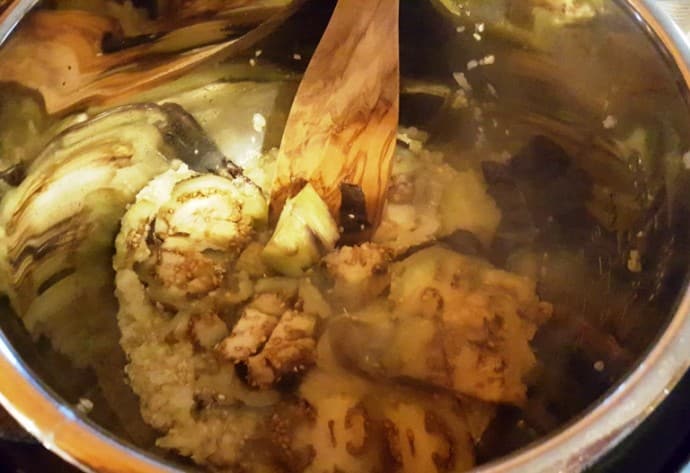 Use the Sauté or Browning on your Pressure Cooker, first Toast the sesame seeds in the Sesame Oil to make the first part of your own Tahini Sauce (we will blend it later) and then add the onions and eggplant and allow to caramelize. 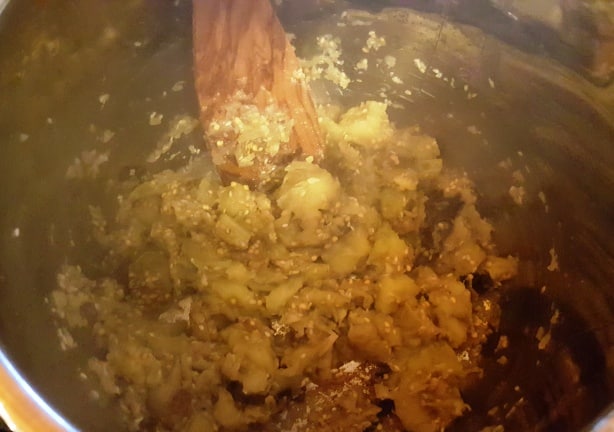 Mix all the spices together. 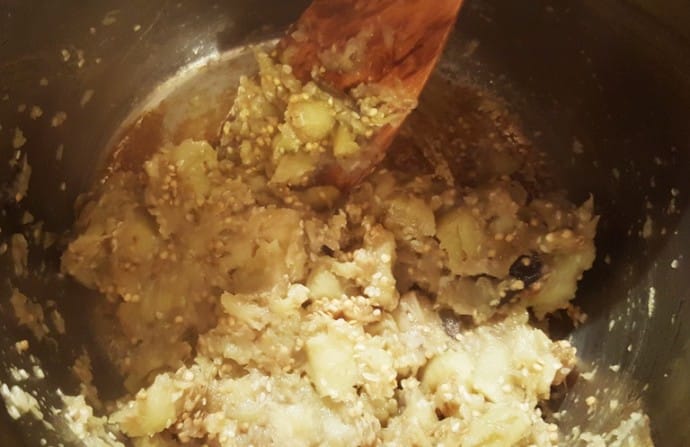 When the onion has completely caramelized, remove the ingredients to a food processor or VitaMix. 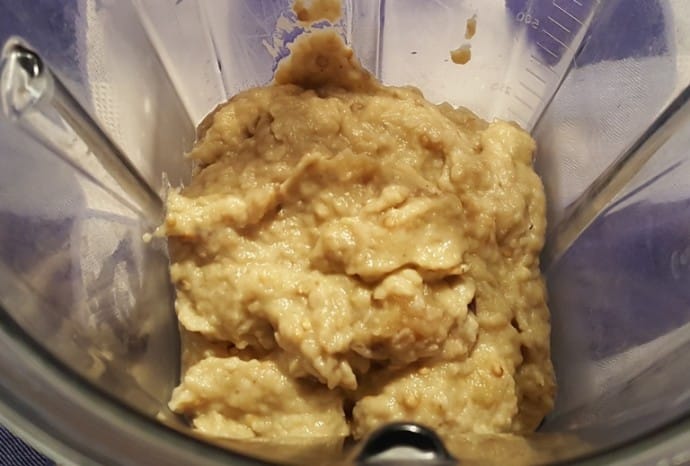 More Indian Recipes You Will Love.

Nutrition Facts
Pressure Cooker Baba Ghanoush
Amount Per Serving (0 g)
Calories 128 Calories from Fat 108
% Daily Value*
Fat 12g18%
Saturated Fat 2g13%
Sodium 390mg17%
Potassium 188mg5%
Carbohydrates 6g2%
Fiber 2g8%
Sugar 3g3%
Protein 1g2%
Vitamin A 18IU0%
Vitamin C 3mg4%
Calcium 9mg1%
Iron 1mg6%
* Percent Daily Values are based on a 2000 calorie diet.
Tried this recipe?Mention @ThisOldGalCooks or tag #thisoldgalcooks!
© ThisOldGal.com - Sharing the recipe link to any of my recipes posts are both encouraged and appreciated. Unauthorized and improperly attributed or non-attributed use of this material, including screen shots, copy/paste of full recipes to any social media site, website, mobile application or service (e.g., copymethat, recipe keeper, pepper) or cookbook, without the requisite attribution or otherwise with express written permission from Jill Selkowitz is strictly prohibited. You may share a photo with a link back instead. 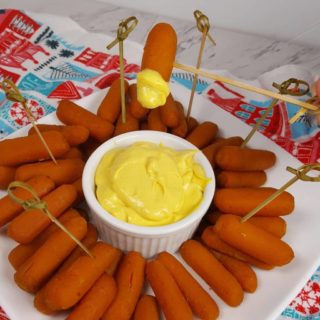 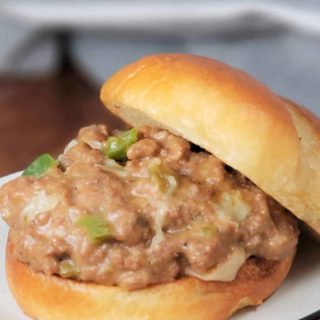