I’m pretty sure you guys already know that chicken is not my favorite thing to eat, so I have had to figure out really good recipes, as the hubs loves chicken and I want to enjoy it with him.

Several years ago, I found this recipe for Thai Coconut Chicken on a bottle of Stubbs Marinade, I think. It was written for the grill. Oh my gosh, you guys, the chicken was actually delicious, yes, you heard right, it was delicious.

The white meat was actually juicy (and you know I prefer the dark) and so full of flavor. I was floored. The aroma of the marinade itself is enough to make you want to make a huge vat and take a plunge, head first.

This recipe is one of the things hubs and I liked to bring with us to cook on the open grill, when we would spend the day fishing in Lake Worth, Florida, at our favorite spot, next to the bridge.

I’ve converted this recipe to use in the Instant Pot or Pressure Cooker, so that on rainy days, I can still have this wonderful chicken. 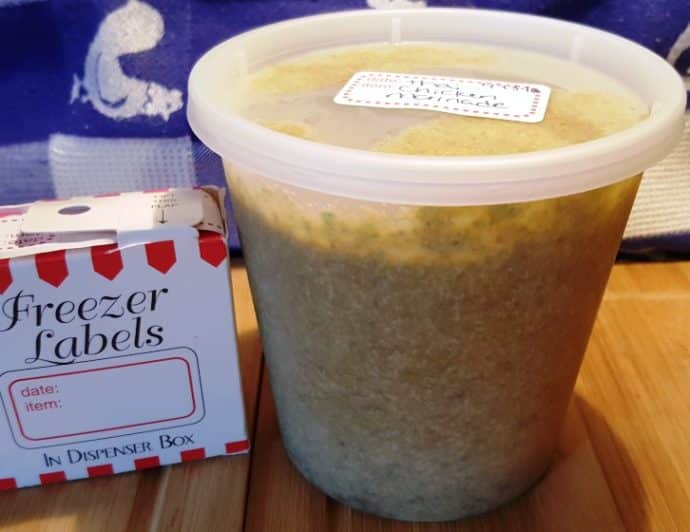 I generally make a double batch of the sauce.

This way I can use up the whole can of coconut milk at once.

You can even package up the Chicken and the Marinade in your Foodsaver and put it in the freezer for a later date.

I also like to make extra Marinade for use on Skirt Steak.

Use a Microplane to Zest the Lemon

Use a microplane and zest all the lemon peel from one lemon, making sure not to get any of the white pith into your bowl.

Toss out the Green Parts of the Lemongrass

Peel and cut the ginger into chunks. If you like ginger, use the full three inches, otherwise, just use the two inches.

I love ginger and use the full amount, sometimes more.

Get rid of the Green Parts of the Lemongrass. I dumped them into the bowl instead of the garbage. 🙂  Didn’t realize until later.

Use a food processor to chop and mix the ingredients. I only used my VitaMix 7500 here because my husband won’t eat this chicken if he sees cilantro (and I used the entire big bunch!), so, the next picture won’t be pretty.

I’ve been cooking this exact recipe for him for years and it is one of his favorites, but if I tell the old geezer that there is cilantro in the marinade, he won’t touch it. Yeah, I know.

We really don’t hide things from each other, I just don’t come right out and say hey babe, you know there is cilantro in here. He picked up the cilantro for me at the market, so he knows there was cilantro in the house.

The Aroma is Delicious

See, not so pretty. Yours will be beautiful when you use a VitaMix 7500 or food processor and you will see pieces of cilantro and ginger.

Okay, by now the aroma of the marinade has overcome you, and is filling the kitchen with that wonderful smell, so, grab a spoon stick it in, use your finger, whatever you like and take a taste the marinade. I’ll wait.

Are you back? You’re welcome. Try your best not to drink this straight from the container. Okay, okay, one more taste.

Turn the bag/container over, every so often to make sure all the chicken is immersed in the marinade.

Dump it all into the Pot

I used bone in/skin on chicken thighs this time, but this is best made with boneless/skinless chicken breasts or thighs (I will change some pictures after I make this again with the boneless/skinless). Dump the chicken and the liquid into the Instant Pot or Pressure Cooker, cooking pot.

I used the steamer basket that came with my GoWise USA 8 Quart Pressure Cooker, so that I could just lift out the chicken and leave the liquid behind.

Place the Chicken Under the Broiler

There is no need to crisp up the chicken unless you have used chicken with skin, which I did here. I’ve been so tired lately and forgot that we use boneless/skinless for this recipe, so, I was forced to crisp up the skin under the broiler or Mealthy CrispLid and guess what? It came out really good. If you want more flavor, dip the chicken pieces into the sauce and then put them back under the broiler or Mealthy CrispLid to crisp.

If you have made your Pressure Cooker Thai Coconut Chicken with bone in/skin on chicken, try putting it in your Air Fryer or under the broiler or Mealthy CrispLid to crisp up.

If you prefer to cook the chicken on the grill, please see my BBQ Grilled Thai Chicken Coconut recipe (coming soon). Serve with Pressure Cooker Thai Triple Coconut Rice, or Ghee Rice and a green vegetable.

If using boneless/skinless thighs, cook 6 minutes.
If using bone in breasts with skin, cook 6 minutes and crisp under the broiler.
If using boneless/skinless breasts, cook 5.
Make a double batch and freeze half of it with raw chicken for another meal.
Tried this recipe?Mention @ThisOldGalCooks or tag #thisoldgalcooks!
© ThisOldGal.com - Sharing the recipe link to any of my recipes posts are both encouraged and appreciated. Unauthorized and improperly attributed or non-attributed use of this material, including screen shots, copy/paste of full recipes to any social media site, website, mobile application or service (e.g., copymethat, recipe keeper, pepper) or cookbook, without the requisite attribution or otherwise with express written permission from Jill Selkowitz is strictly prohibited. You may share a photo with a link back instead. 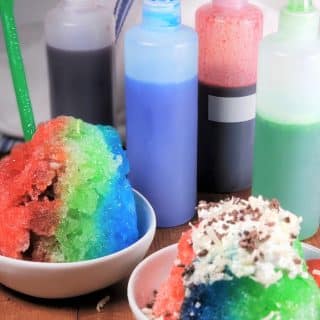