There are so many wonderful recipes to make with Summer fruit.

I like to take advantage of the season and make as many fruity recipes as possible.

Using my Instant Pot or Pressure Cooker, allows me to make a lot of recipes, in a short amount of time, with little effort. I rarely even peel the skin off my fruit anymore. 🙂 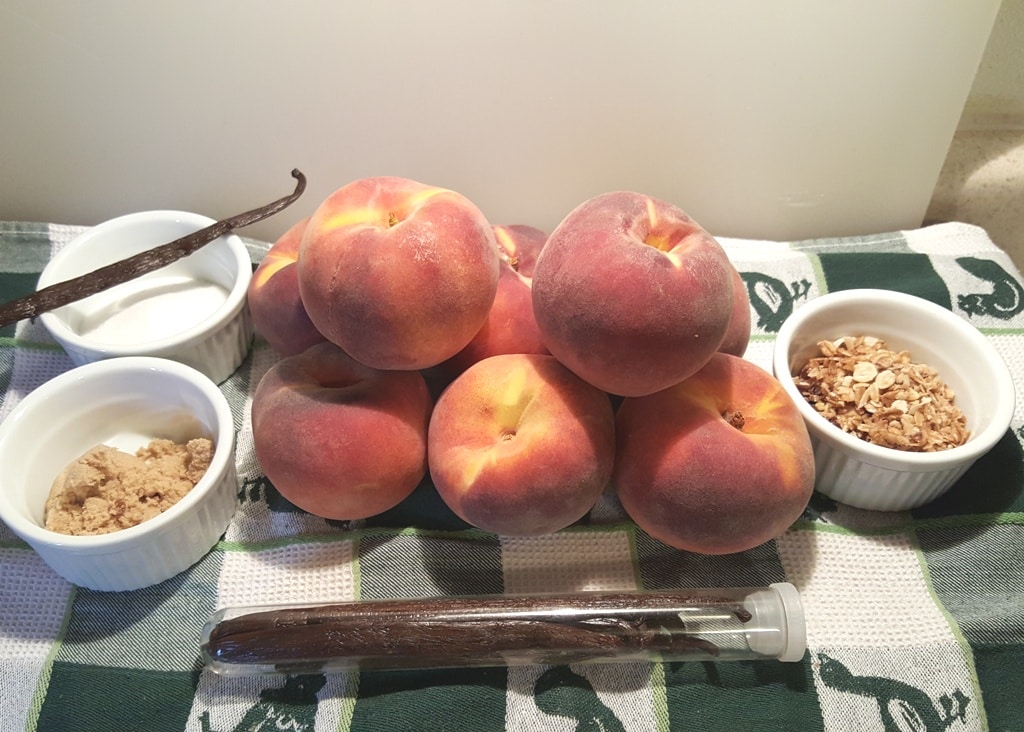 I actually made a double batch of this Pressure Cooker Fresh Peach Crisp Compote, since I love it so much.

I use canning jars and my Foodsaver, so that I can have Peach Crisp Compote, all year round. 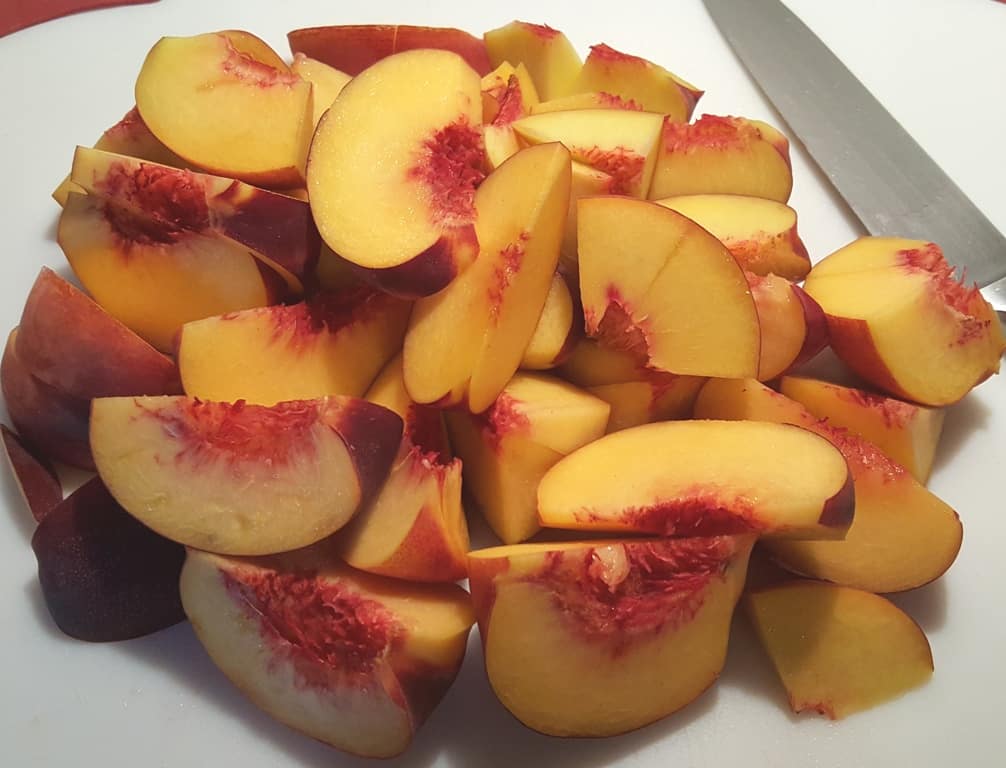 Oh my gosh, I just want to take a bite out of these peaches.

They look so yummy. I leave the skin on, but if it bothers you, just remove the skin.

Into the Instant Pot or Pressure Cooker cooking pot, go the peaches, sugar, vanilla and cinnamon.

If you like nutmeg or ginger, think about adding a tiny amount. 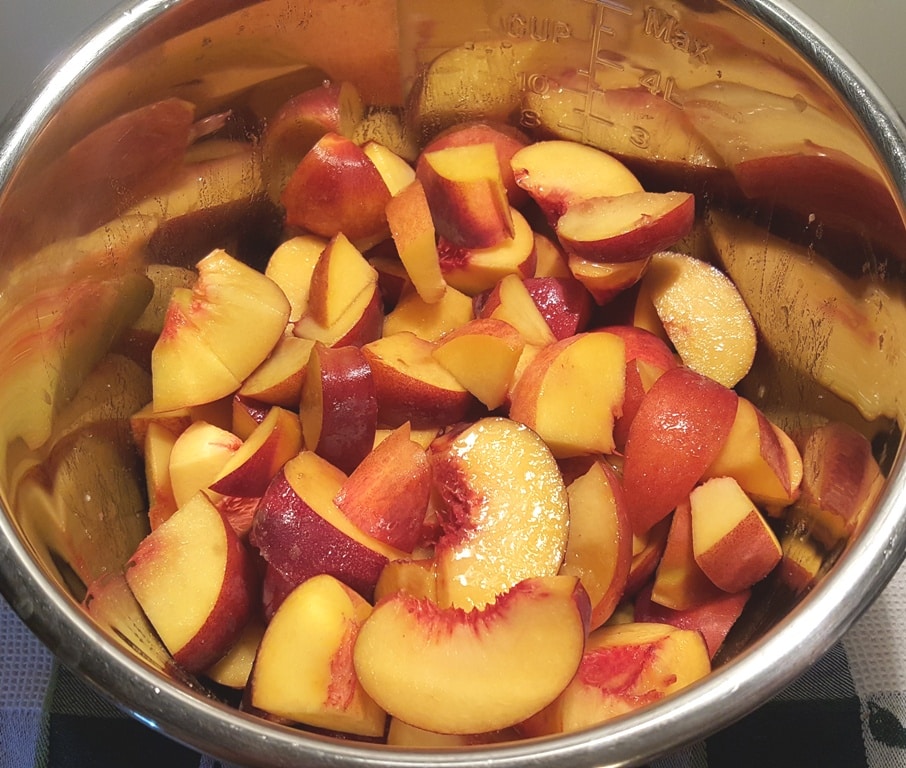 Mix in the Sugars

Sometimes, I add a handful of Bob’s Red Mill 5 Grain Hot Cereal to the Peaches before Pressure Cooking for more texture, if I am planning to use the compote with Homemade Greek Yogurt.

If you want a stronger, Crisp/Cobbler taste, add in a Tablespoon of butter.

If I am using this Pressure Cooker Fresh Peach Crisp Compote over a New York Cheesecake, Cake or Ice Cream, I do like the added butter flavor.

I will also cook down the Fresh Peach Crisp Compote to remove some of the liquid and make a more syrupy consistency. 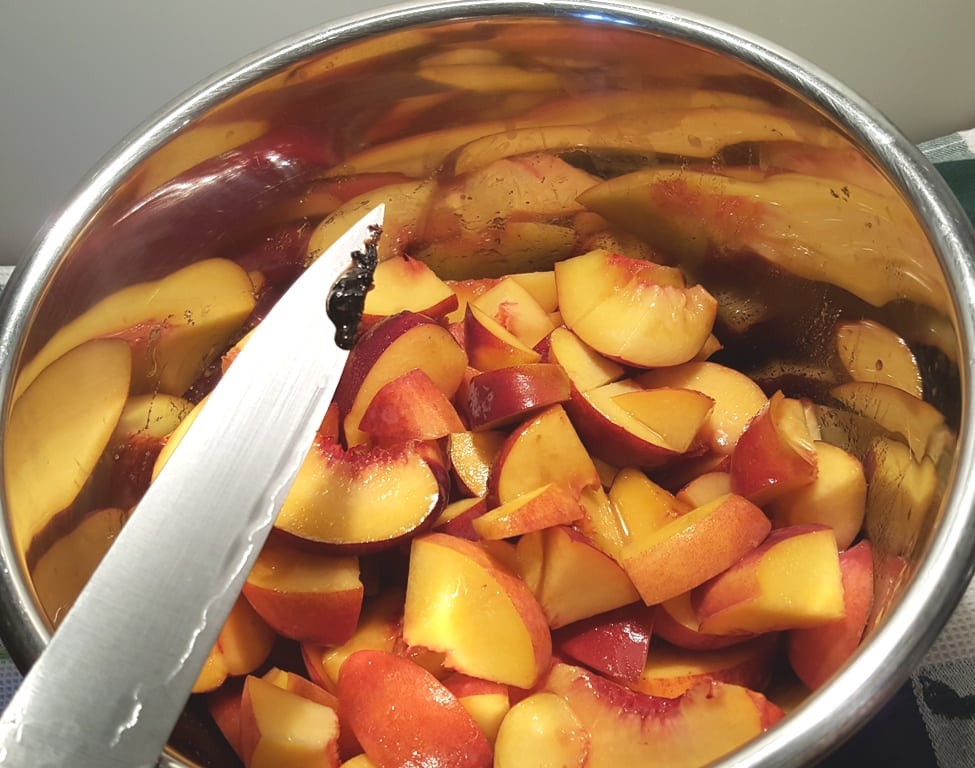 Scrape the caviar out of the Vanilla Bean and place it in the Instant Pot or Pressure Cooker cooking pot. 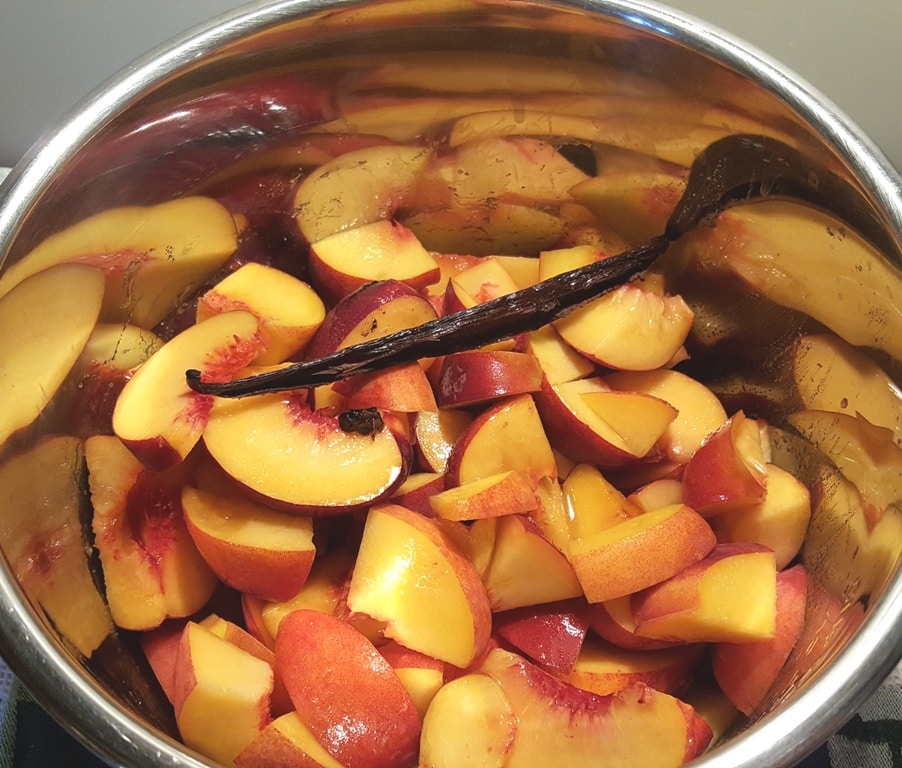 Drop in the Vanilla Bean

I like to drop in the whole Vanilla Bean after scraping out the caviar. 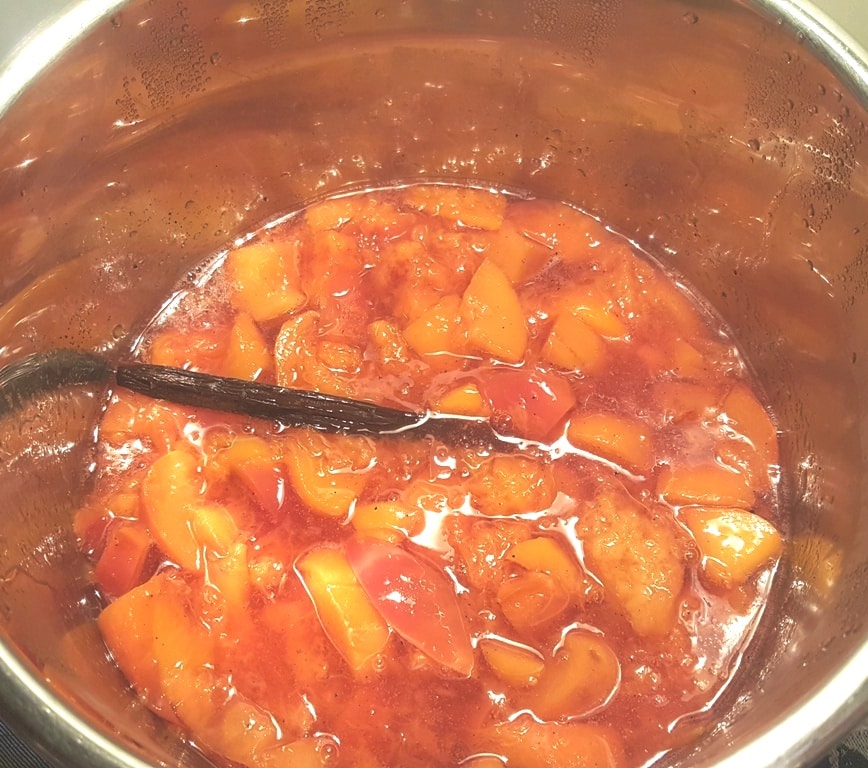 After the pressure has been released, mix the peaches around to finish breaking up any chunks.

If you want a thicker, more syrupy compote, use the Sauté or Browning feature, to evaporate some of the liquid.

Mix in the Grapenuts Nuggets

Mix in the Grapenuts Nuggets Cereal. The heat will soften them to the perfect texture.

Taste and adjust to your desire. Some people prefer a sweeter taste or a stronger cinnamon taste. 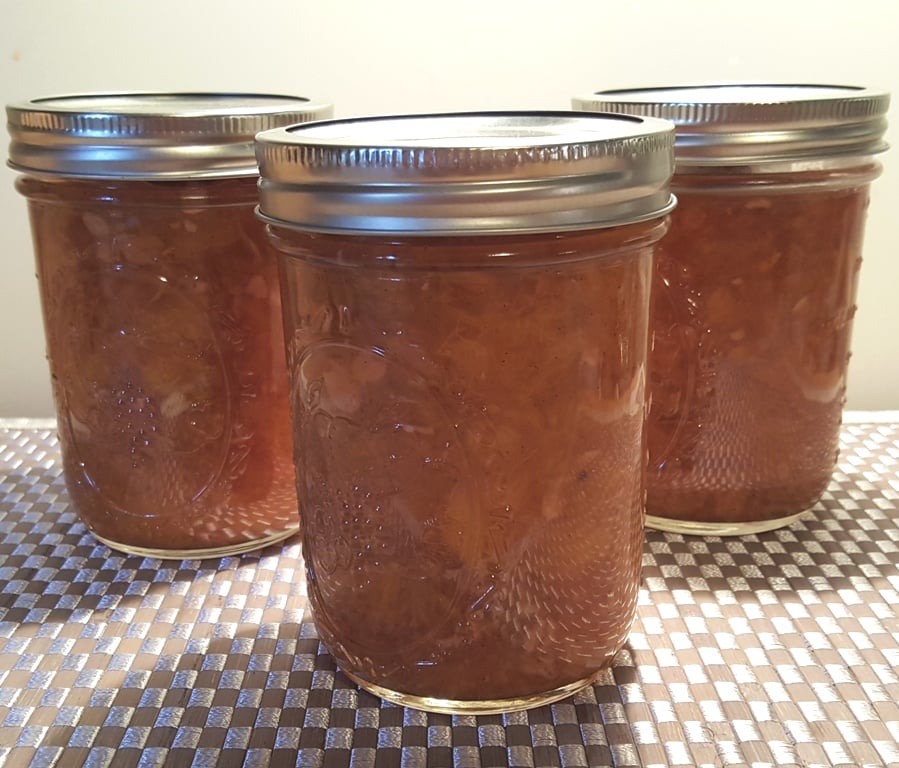 This makes quite a bit and I like to store my Pressure Cooker Fresh Peach Crisp Compote in Ball 16 oz Wide Mouth Mason Jars or use my Foodsaver and freeze them for later in the year.

This is delicious over my Pressure Cooker New York Cheesecake, over ice cream.

It is especially yummy on Homemade Thick Greek Yogurt.

Tried this recipe?Mention @ThisOldGalCooks or tag #thisoldgalcooks!
© ThisOldGal.com - Sharing the recipe link to any of my recipes posts are both encouraged and appreciated. Unauthorized and improperly attributed or non-attributed use of this material, including screen shots, copy/paste of full recipes to any social media site, website, mobile application or service (e.g., copymethat, recipe keeper, pepper) or cookbook, without the requisite attribution or otherwise with express written permission from Jill Selkowitz is strictly prohibited. You may share a photo with a link back instead. 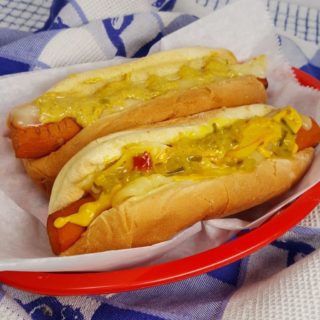