Instant Pot Maple Glazed Ham with its Caramelized Sweetly Spiced Glaze is a must have for Christmas, Easter and Thanksgiving holidays. 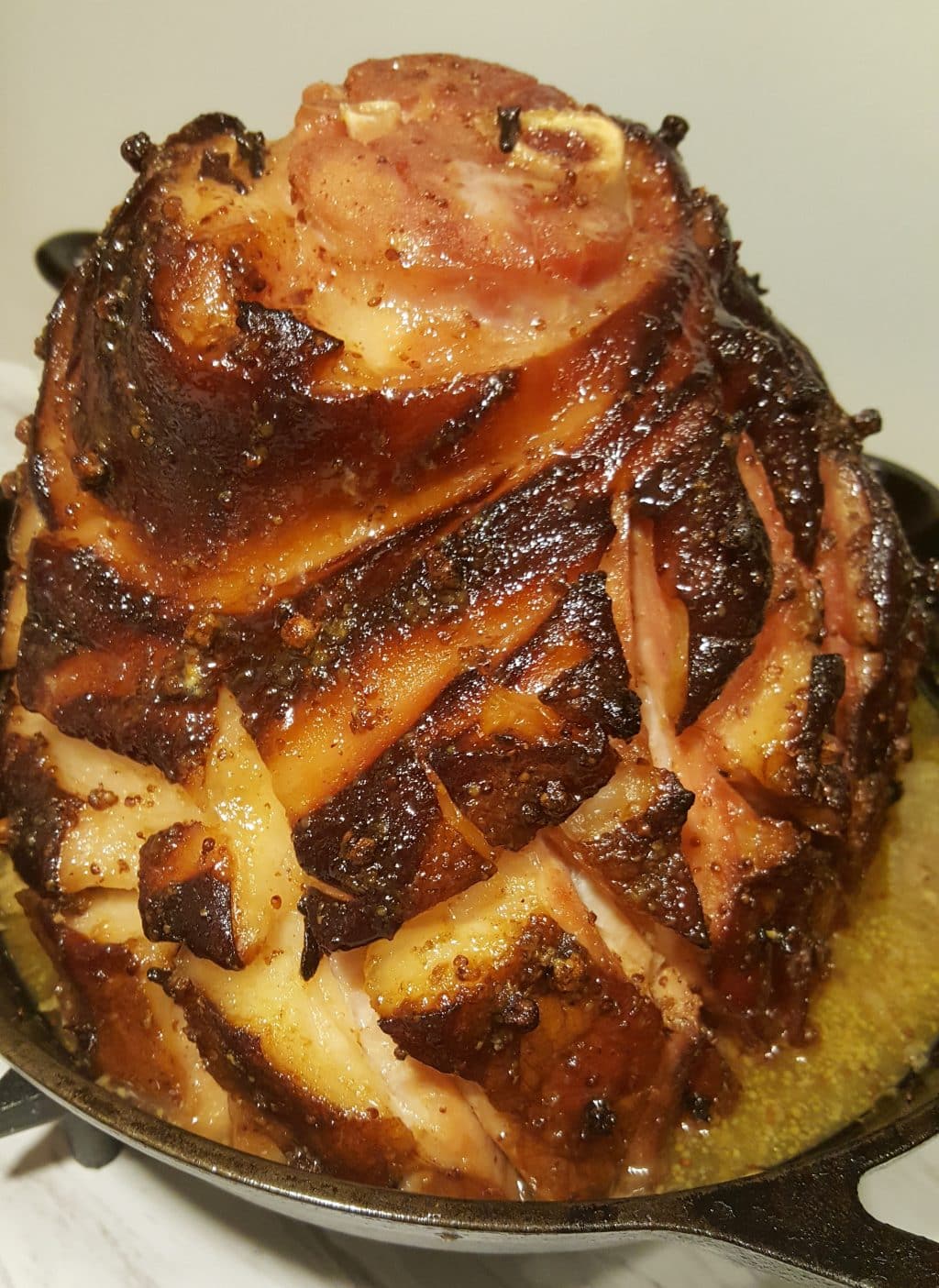 This is the most simple way to make your Holiday Ham.

No need to spend tons of money at that ham store.

With the use of your Instant Pot, Ninja Foodi or Pressure Cooker, you will have the most delicious and juicy Ham ever. 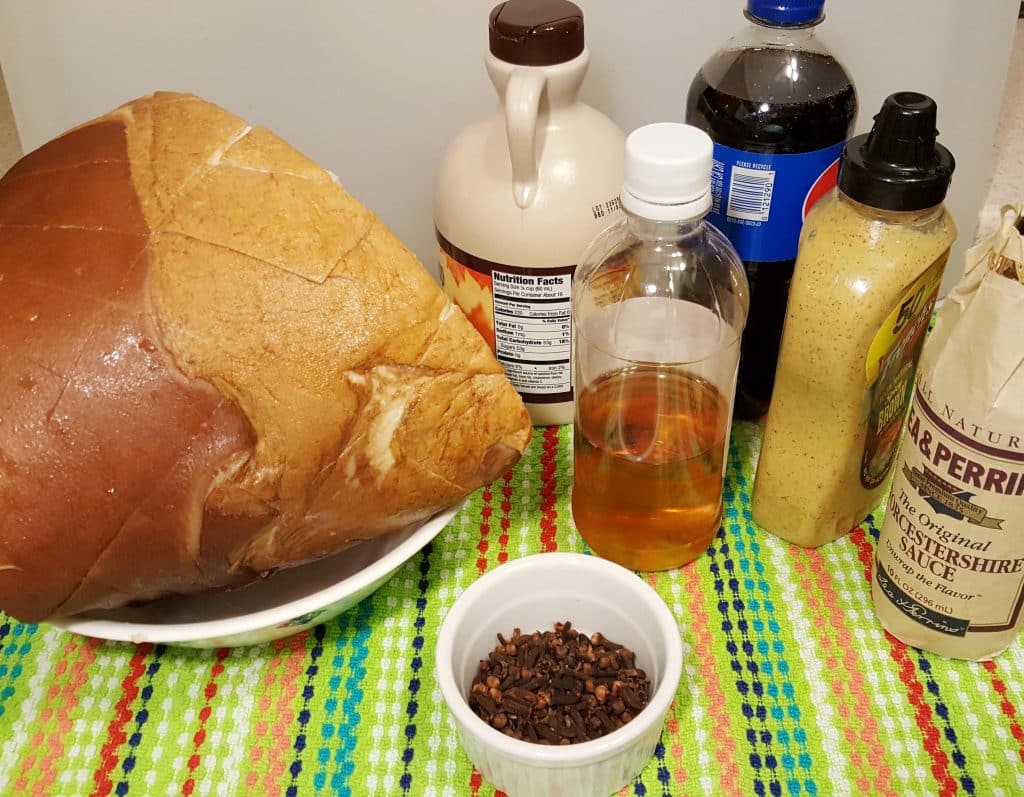 You are going to want to make extra because I have some wonderful recipes specially for leftover Easter and Christmas ham.

So make sure to buy more than you need so you can make my Holiday Party Southern Baked Ham Buns. They are ridiculously incredible.

If using a fresh ham, the cook time would be much longer. For cooked hams, basically, we are just heating up the ham and infusing wonderful flavor. 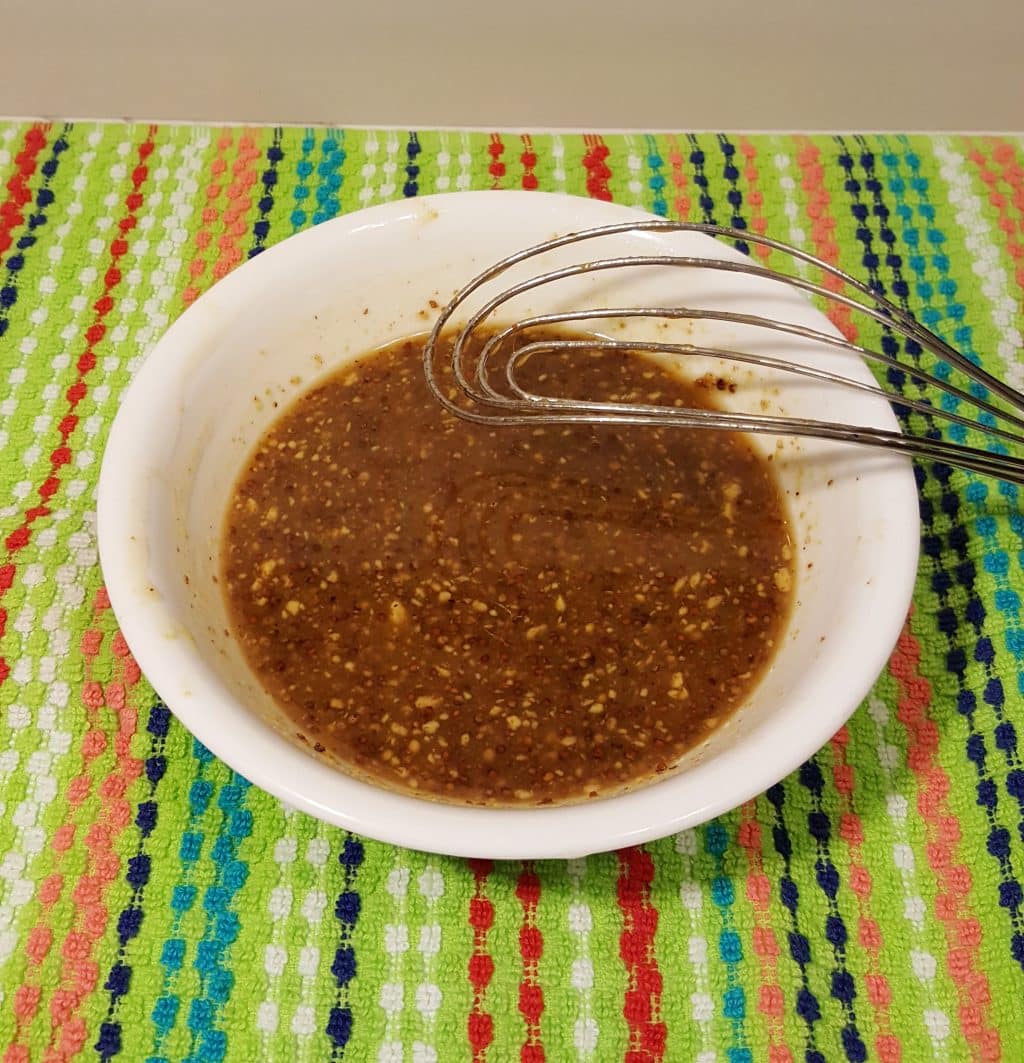 Whisk up the Ham Glaze

To make Instant Pot Maple Glazed Ham it is just a matter of whisking up the ingredients.

What exactly is Cured Ham?

I will tell you how I make it, but if you want to swap honey for maple syrup or Dijon mustard for spicy brown mustard, go for it. 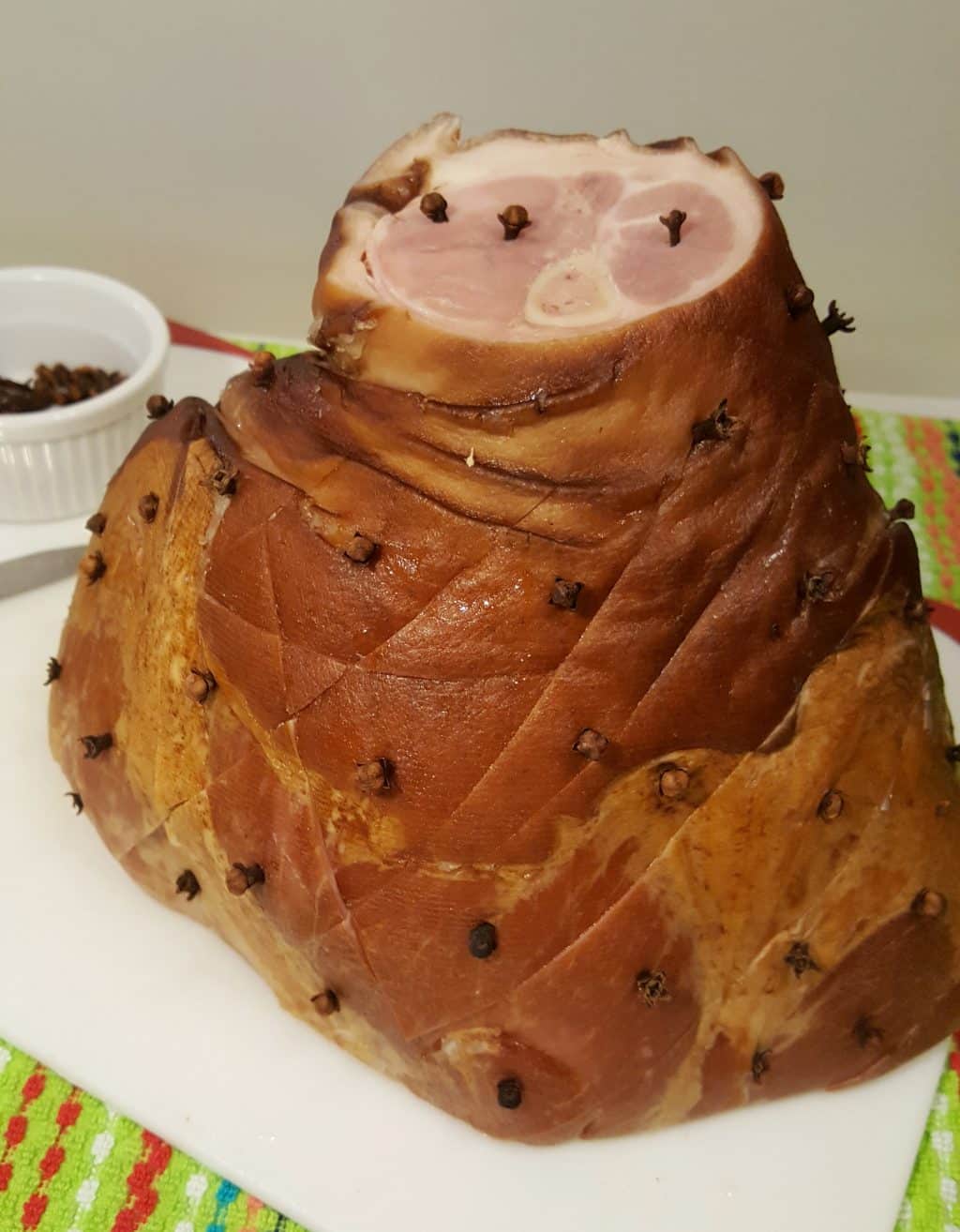 Stud the Ham with Cloves

Growing up in Miami was great. Tons of little coffee shops and restaurants with counters.

In the Cuban restaurants, if you sat at the counter and the owner liked you, he/she would bring out a napkin with a piece of the Crackling.

Another delicious recipe you will enjoy is my Pressure Cooker Lechón Asado {Cuban Pork with Mojo}. 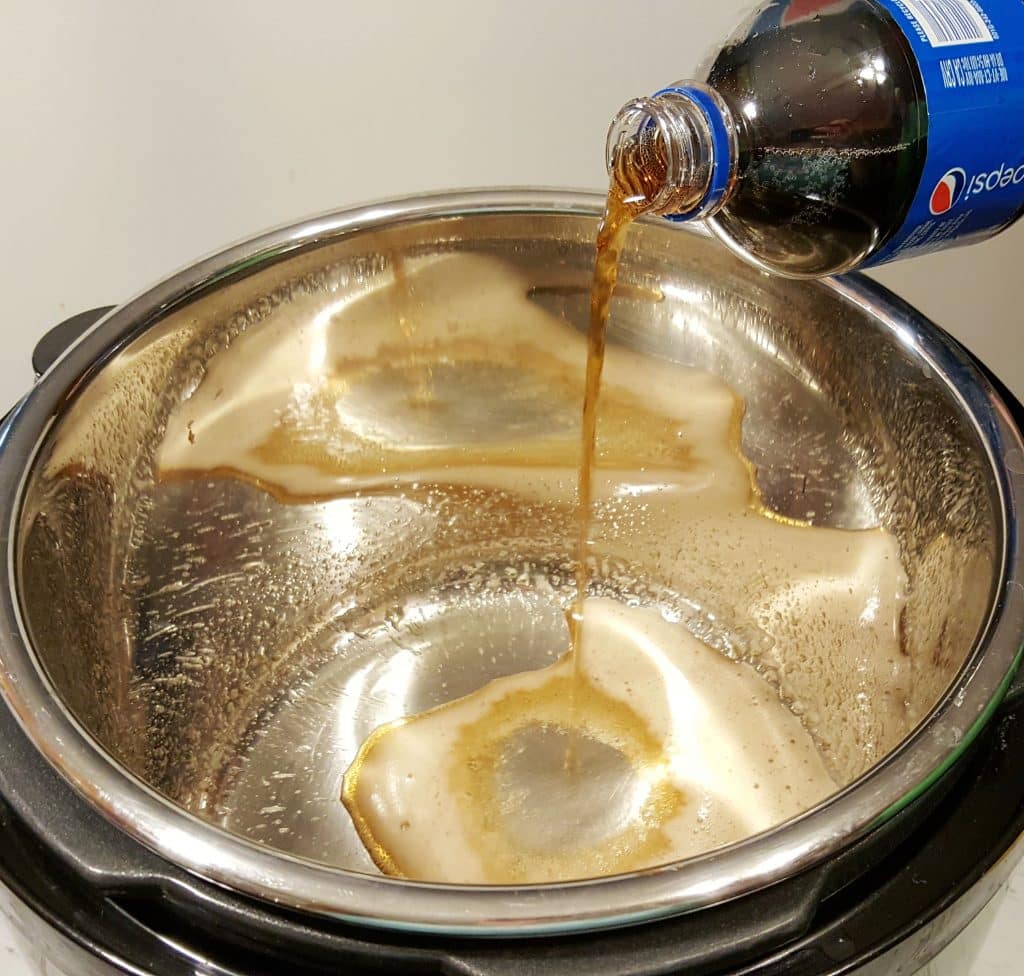 The flavor of Instant Pot Ham can vary so much. There are many different liquids which can be used and which will change the flavor of the ham.

What Types of Liquid Can Be Used for Instant Pot Ham?

All these types of liquids work very well and it will be fun to play around with new flavors each time. 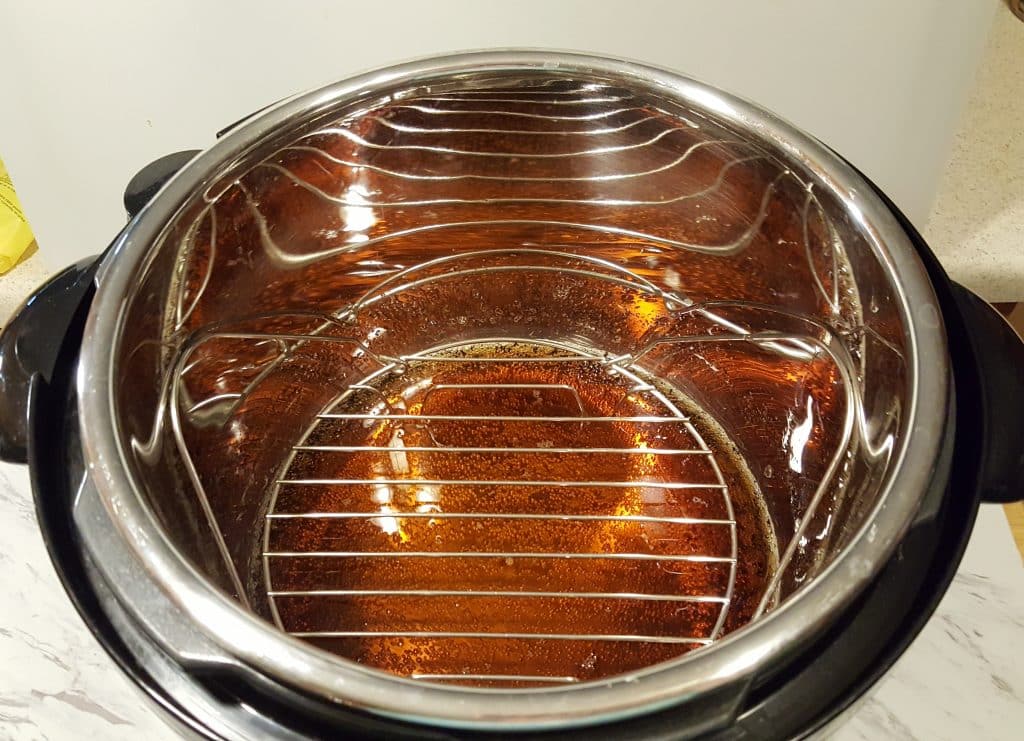 Place a Trivet over the Cola

If your Instant Pot, Ninja Foodi or Pressure Cooker came with a Trivet with handles, that is perfect for this recipe.

Otherwise, you can buy a Stainless Steel Tall/Short Trivet & Egg Cooker Set and use that instead. 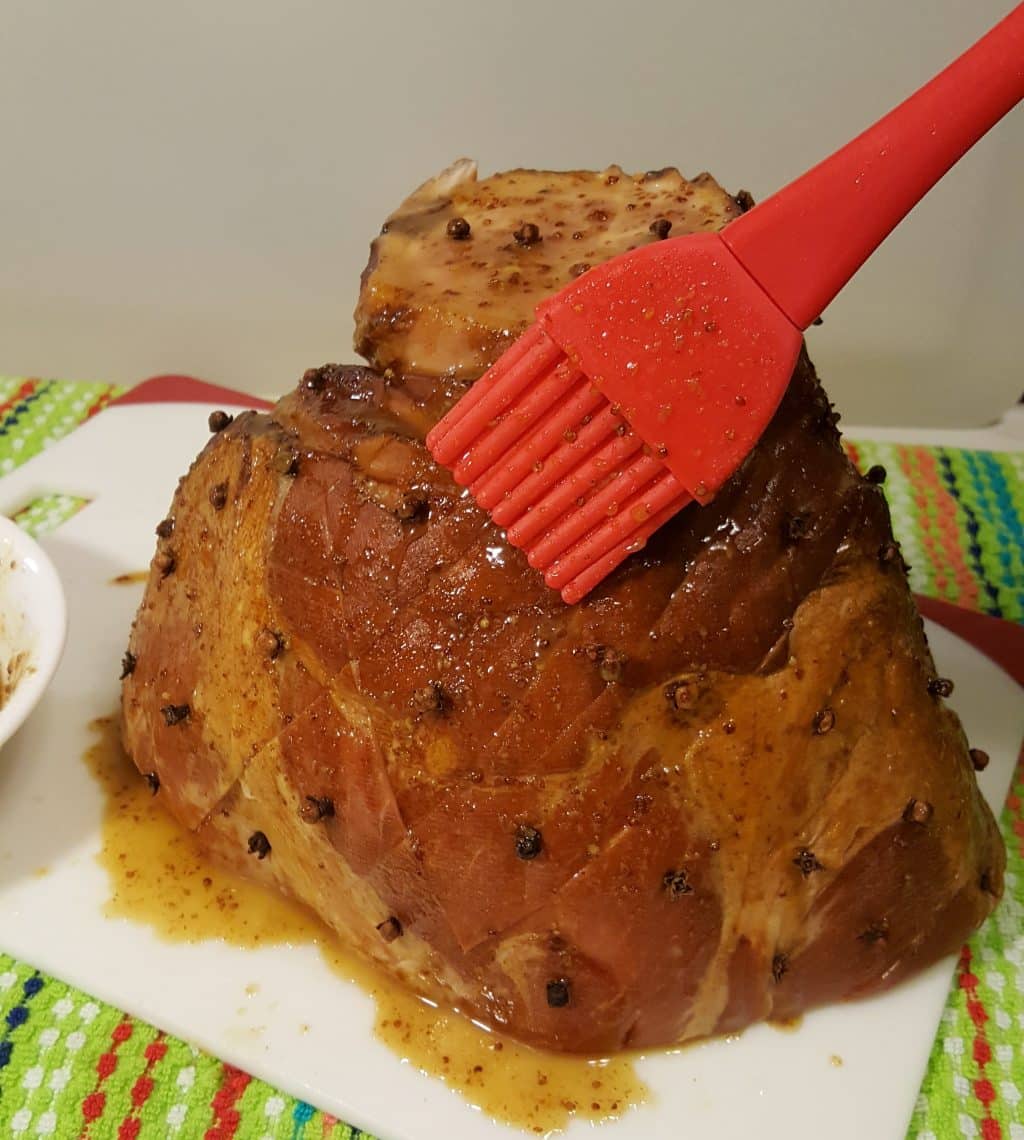 Paint on the Maple Glaze

Use a Silicone BBQ Basting Brush to paint on some of the Maple Glaze.

The Liquid will steam into the Ham and the Maple Glaze will begin to seep into the Skin. 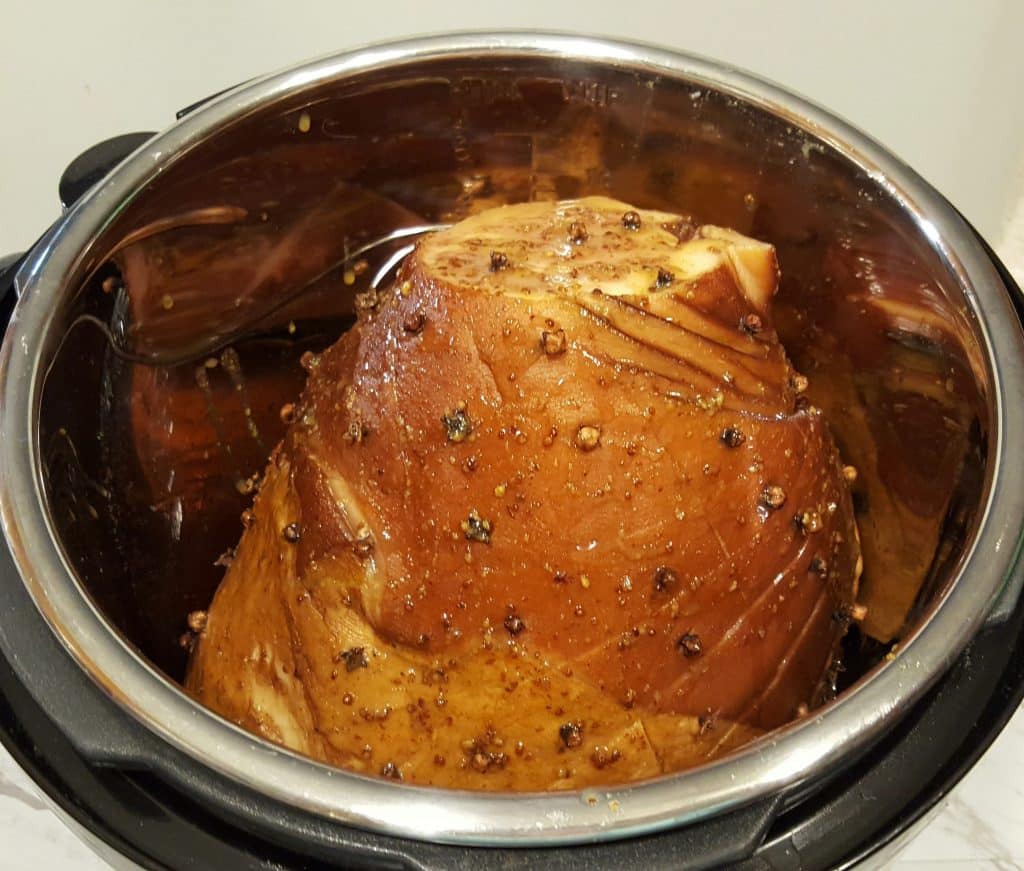 Since Ham is already cured and ready to eat, it does not need a long time under pressure. Just enough to warm the Ham through to the center. An oven tends to dry out the ham.

There are a couple of ways to crisp up the skin and caramelize the maple glaze.

How to Crisp Skin and Caramelize Maple Glaze on Ham 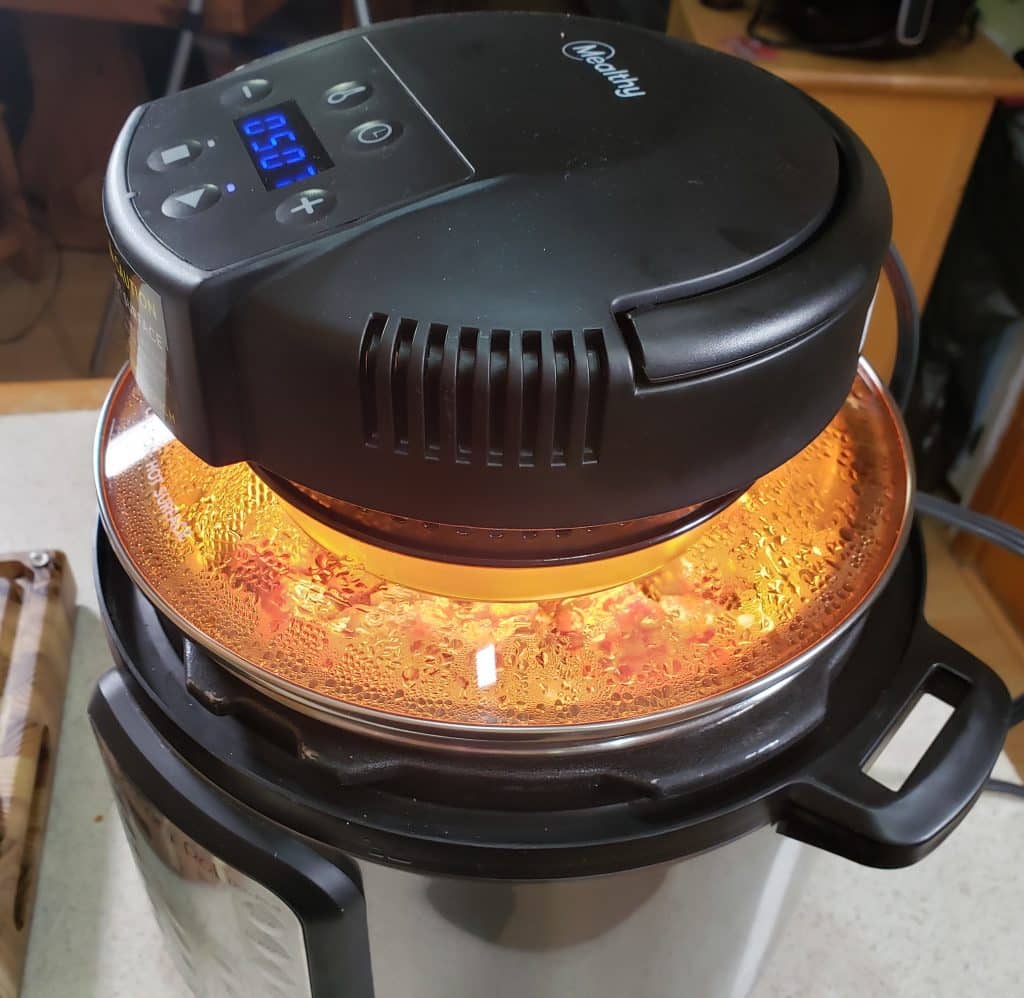 Use CrispLid to Brown the Topping

You are kind of turning your pressure cooker into an air fryer! Leave in the liquid and your ham will stay nice and moist while crisping and caramelizing in the Instant Pot or Pressure Cooker.

If your ham is bone in, don’t forget to save it and make Pressure Cooker Split Pea and Ham Soup or a nice bone broth! 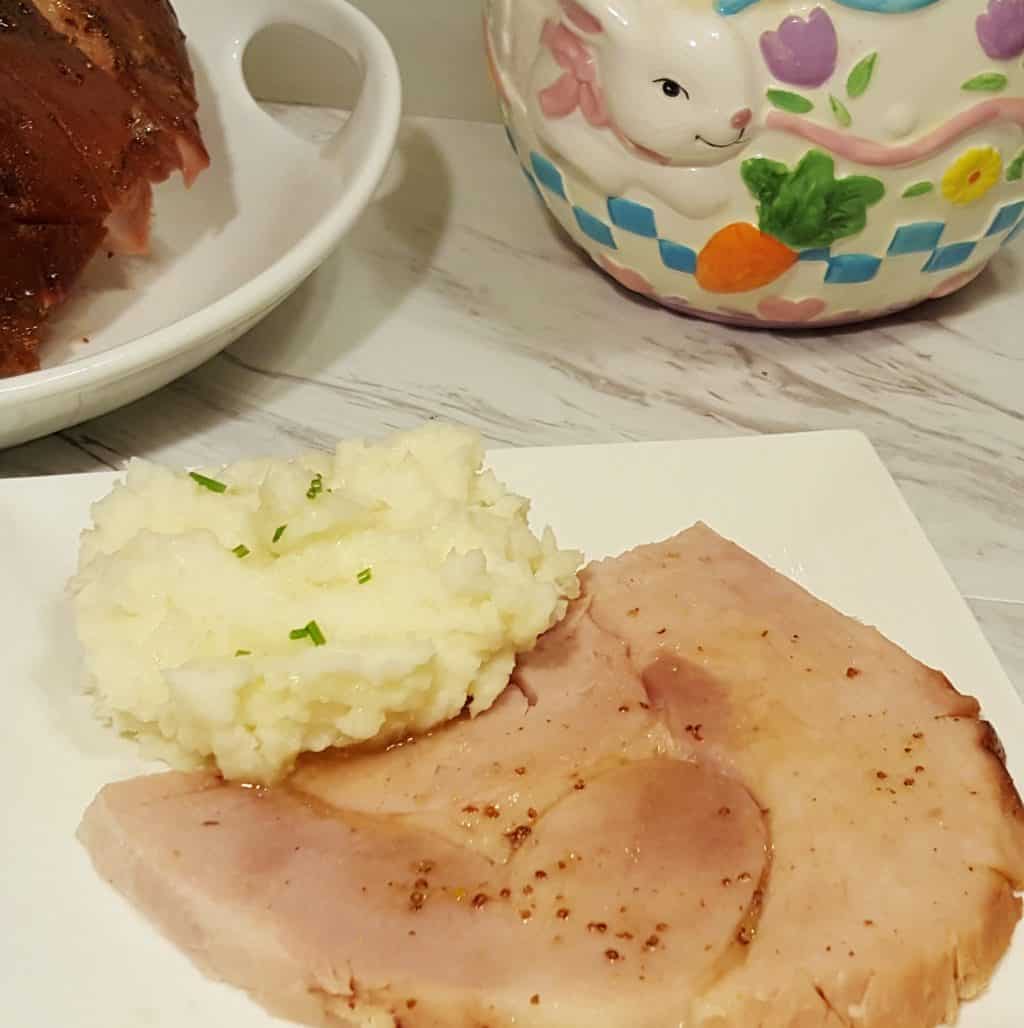 My Instant Pot Holiday Baked Beans goes really well with the meal too.

If you are wondering what to do with leftover ham? Think no further as I’ve got you covered.

What To Do with Leftover Ham

Instant Pot Egg Bites (Feta Cheese & Red Pepper) is another recipe for using up ham. Dice a little and add to the egg bite tray and oh yum!

If using white wine instead of soda, choose dijon mustard, instead of spicy brown. Trader Joe's sells a wonderful mustard made with beer, which is fabulous. Glaze ingredients can be doubled for a larger ham or just because you would like to have extra for dipping. If you want to swap the honey for maple syrup, use dark brown sugar instead of light brown sugar. However, the maple syrup really makes this recipe soar. The easiest way to crisp and caramelize the ham and glaze is to use the Mealthy CrispLid (buy from Mealthy) / Mealthy CrispLid (buy from Amazon). If using the oven to crisp and caramelize the glaze, make sure to add 1/4 cup of the cooking liquid to the skillet. Add ham and use a basting brush to coat the ham. Place in oven under broiler and boil until glaze is caramelized and skin has crisped.

Nutrition Facts
Instant Pot Maple Glazed Ham
Amount Per Serving
Calories 331 Calories from Fat 135
% Daily Value*
Fat 15g23%
Saturated Fat 5g31%
Cholesterol 56mg19%
Sodium 1141mg50%
Potassium 350mg10%
Carbohydrates 27g9%
Fiber 0g0%
Sugar 24g27%
Protein 19g38%
Calcium 49mg5%
Iron 1mg6%
* Percent Daily Values are based on a 2000 calorie diet.
Tried this recipe?Mention @ThisOldGalCooks or tag #thisoldgalcooks!
© ThisOldGal.com - Sharing the recipe link to any of my recipes posts are both encouraged and appreciated. Unauthorized and improperly attributed or non-attributed use of this material, including screen shots, copy/paste of full recipes to any social media site, website, mobile application or service (e.g., copymethat, recipe keeper, pepper) or cookbook, without the requisite attribution or otherwise with express written permission from Jill Selkowitz is strictly prohibited. You may share a photo with a link back instead. 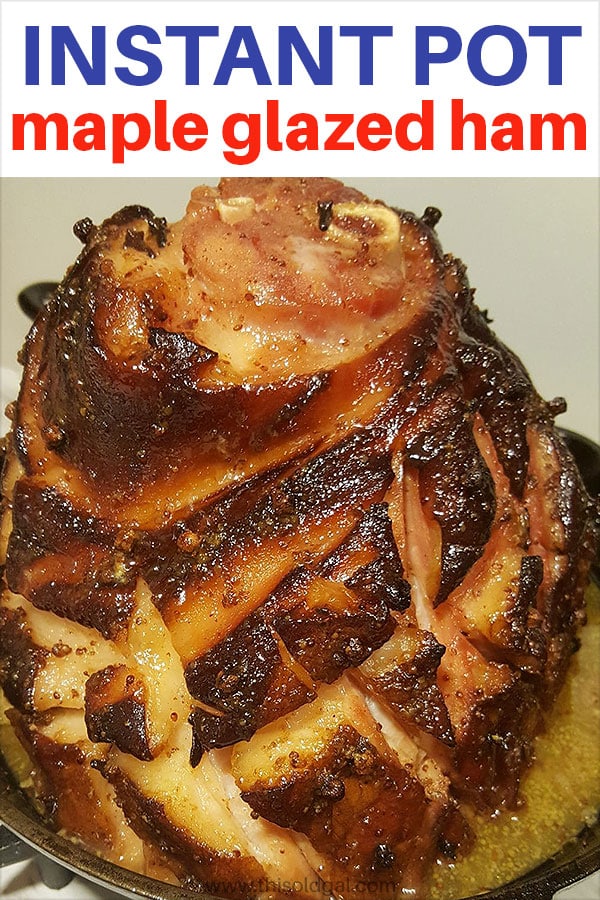 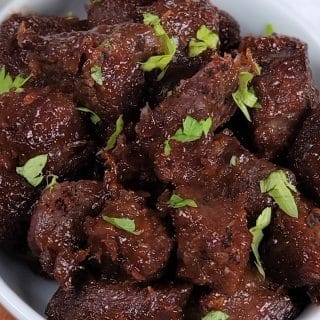