This is the BEST Vietnamese Pho recipe. I love Pho so much and this Pho tastes just like my very favorite Vietnamese restaurant. I’ve had Pho at so many places and this recipe is super delicious. Easy to make and fun to eat!

You haven’t lived until you have tried Pho!!!!!

It used to take hours slaving over a hot stove, just to make the broth. Using an Instant Pot, Ninja Foodi or Pressure Cooker to make the Pho Bone Broth is no only so much easier, it is so much ate there about three times a week. My Instant Pot Vietnamese Pho tastes just like the restaurant! I’m totally serious!

Remember, good Pho starts with a good homemade broth, so please don’t purchase powdered Pho seasoning in a box or packet. Start with the best ingredients.

Pro Tip: Just make sure you use whole spices, not powdered or freeze dried. You can always purchase the spices separately, if you like. 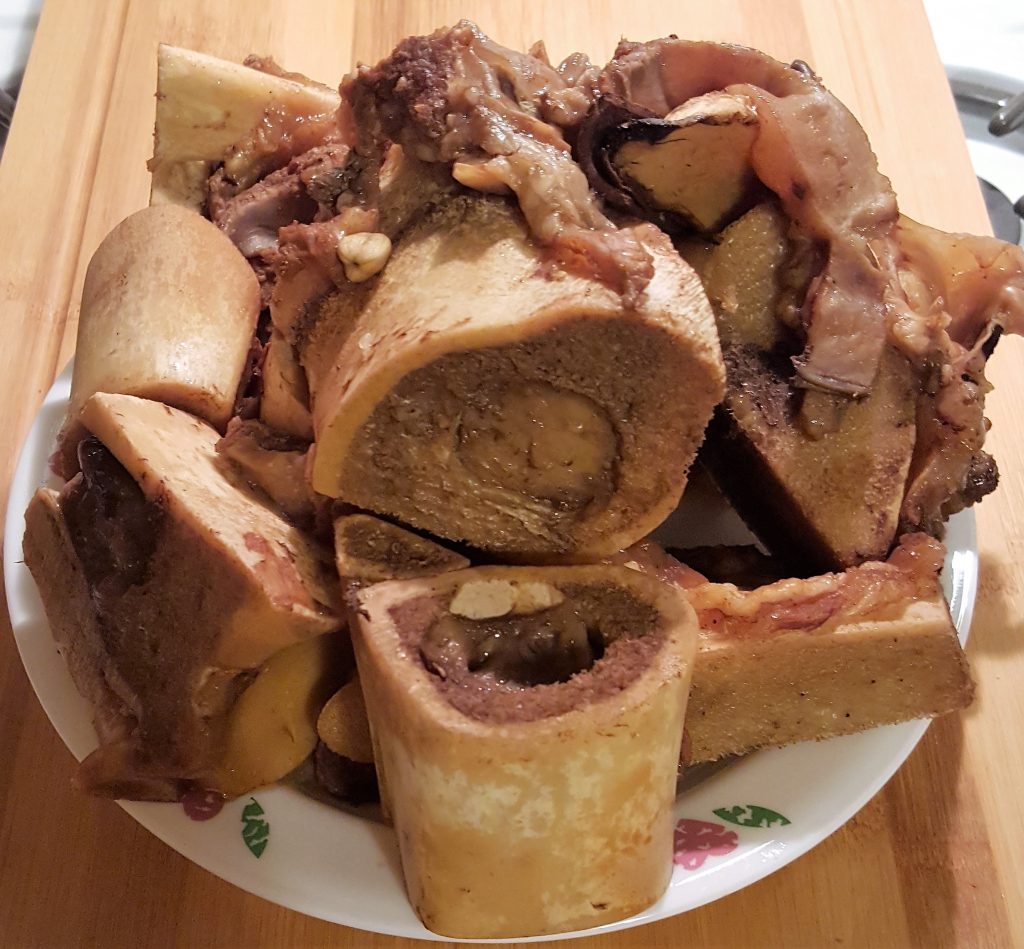 If you don’t see knuckle bones in your market’s display case, ask your butcher for knuckle bones filled with marrow. The marrow has so much flavor.

Both of these processes will remove the blood and any impurities from the bones.

Pro Tip: Char the onion and ginger on a cookie sheet in the oven while the bones are being cleaned. 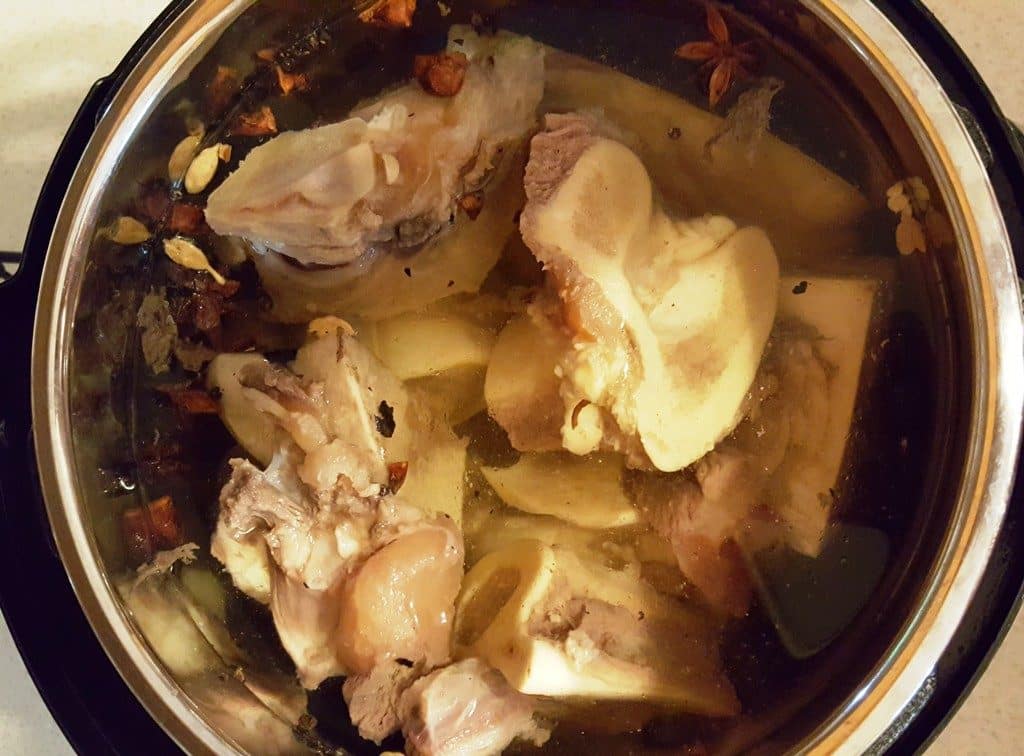 The rest of the broth ingredients are now added.

I recommend using a spice bag for all the spices.

Fill the Pressure Cooker with Water

Add in the Three Crabs Fish Sauce, a nub of rock candy, charred onion, ginger and, salt. Add fresh water to the fill line in your Instant Pot, Ninja Foodi or Pressure Cooker. Lock on the lid and you are ready to make some Pho! 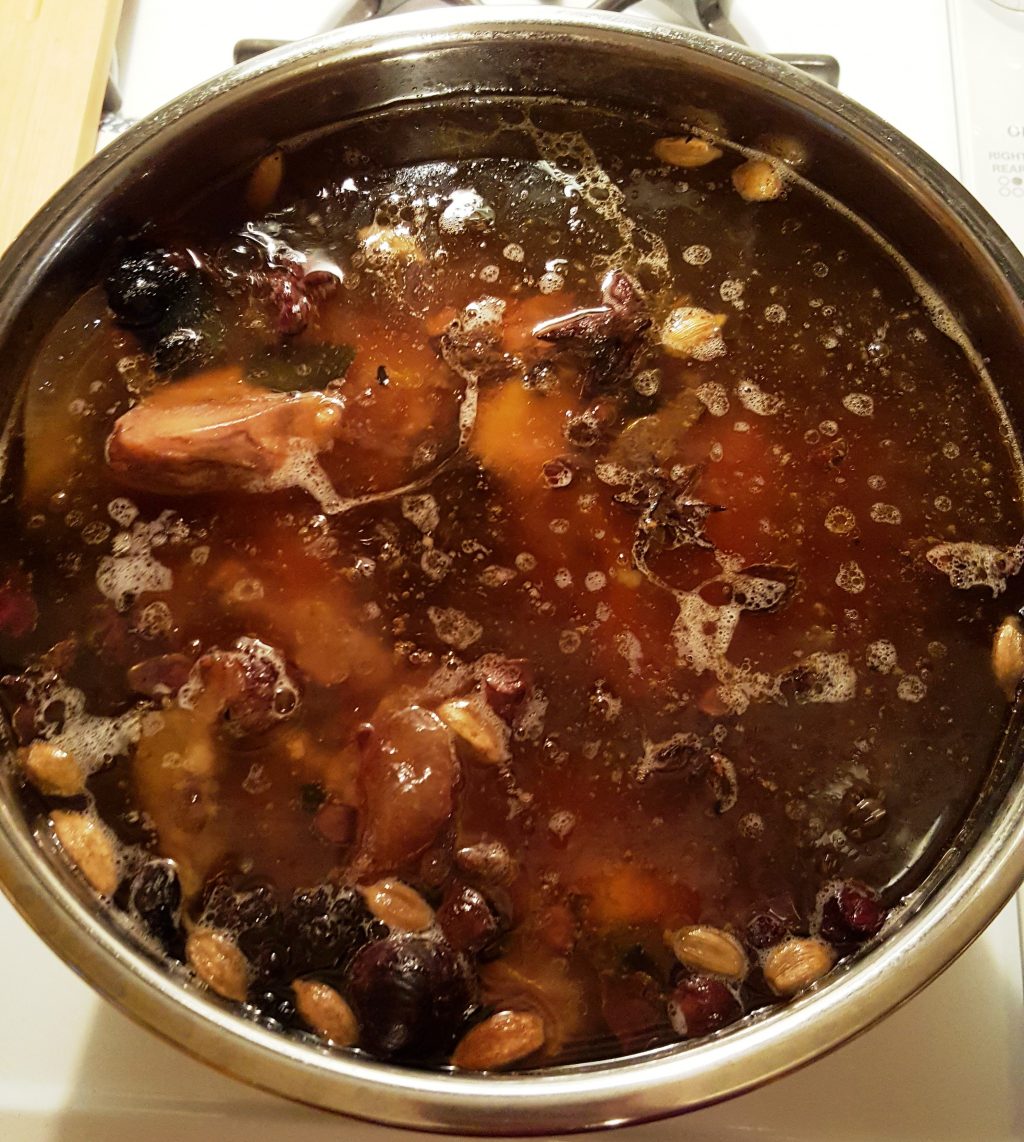 The broth will be very rich and delicious. 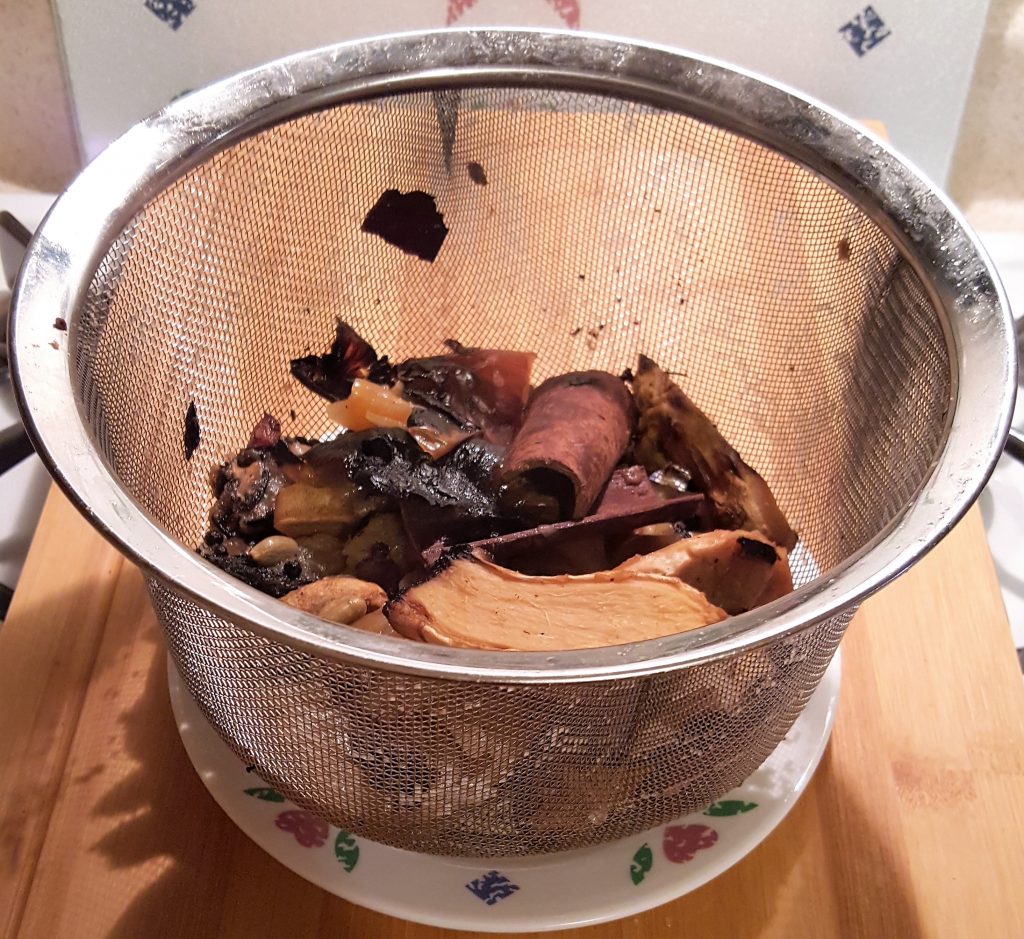 A Salbree Steamer/Strainer Basket is perfect for straining out the bones and gunk and fits nicely in an Instant Pot, Ninja Foodi or Pressure Cooker. 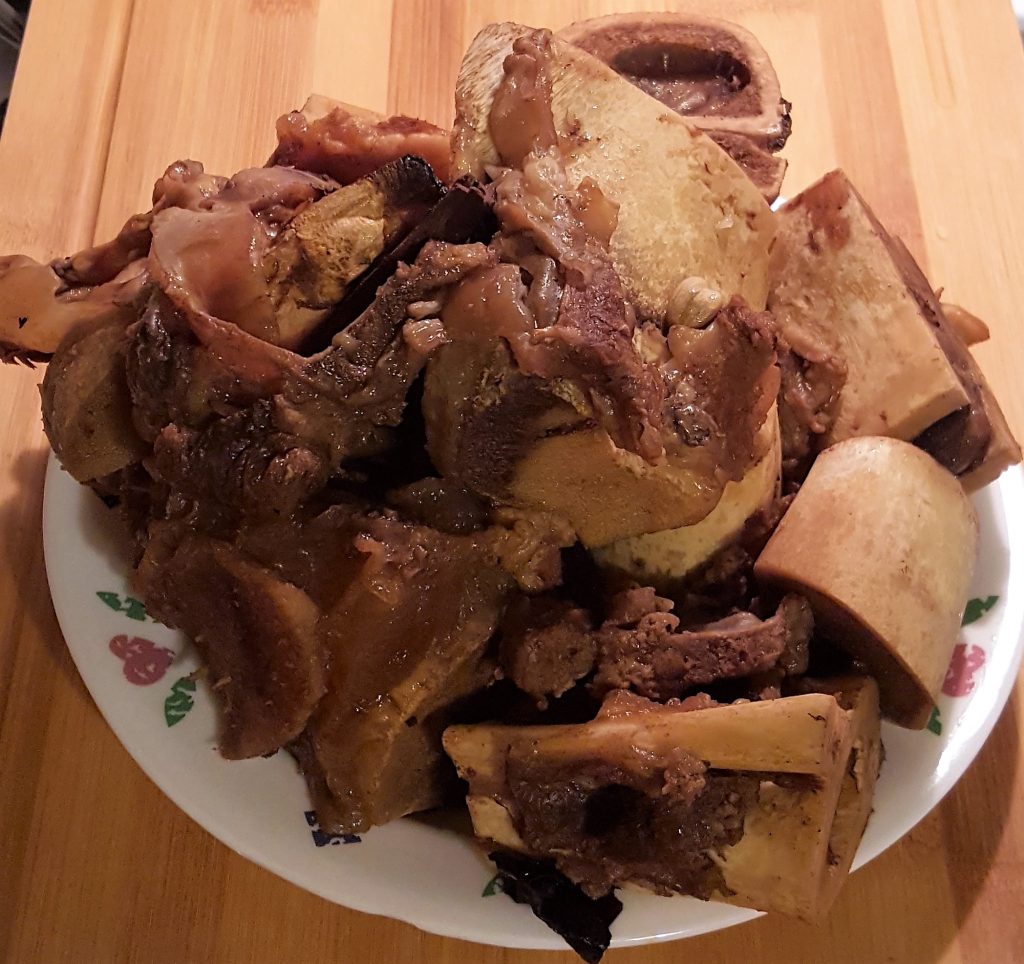 Save those spent bones and use them with more bones to make a nice Pressure Cooker Bone Stock/Broth! 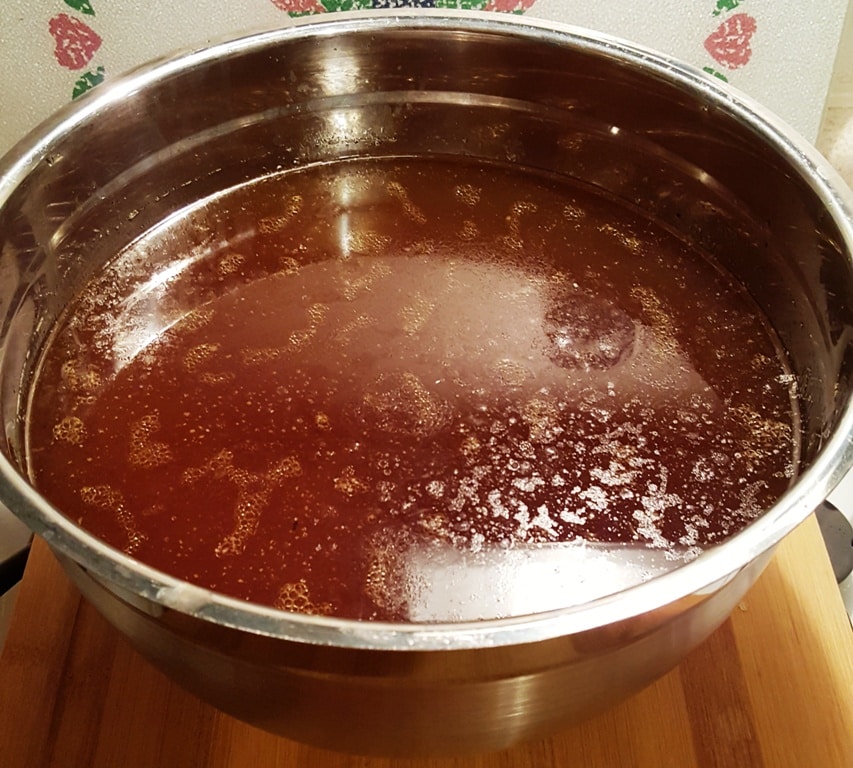 The broth will be very concentrated, so taste the broth and adjust the seasonings as you see fit. You may need to add a bit more water if the broth is too strong flavored for you.

At this point, you can either freeze the broth so that you have wonderful broth ready to go any time you feel like making Instant Pot Pho or you can put the broth back into the Instant Pot, heat it up and then serve over the noodles in the bowls.

Remember, the broth will be very concentrated. Allow the broth to heat up before serving.

Pro Tip: Beef which is slightly frozen beef is much easier to slice. 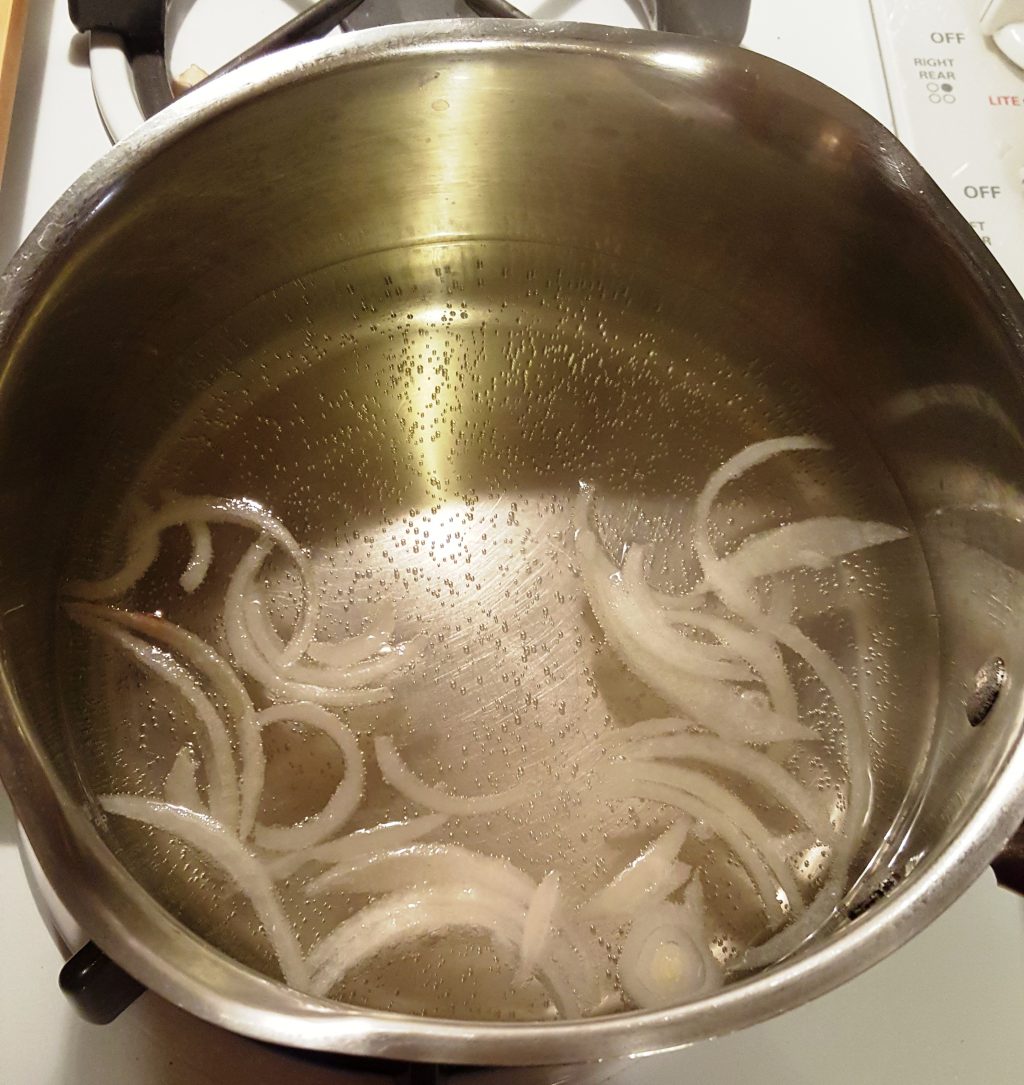 Sliced onions and rice noodles are blanched just for a minute. 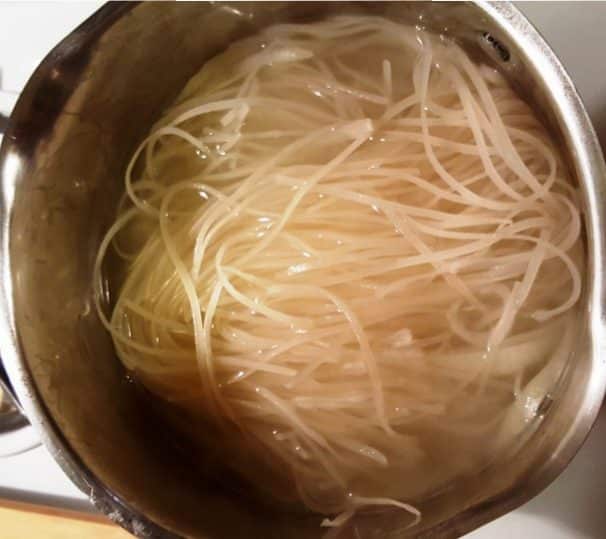 Blanch the noodles  and then drain them and set them aside. The noodles will finish cooking when the hot broth is poured over them in the bowls. 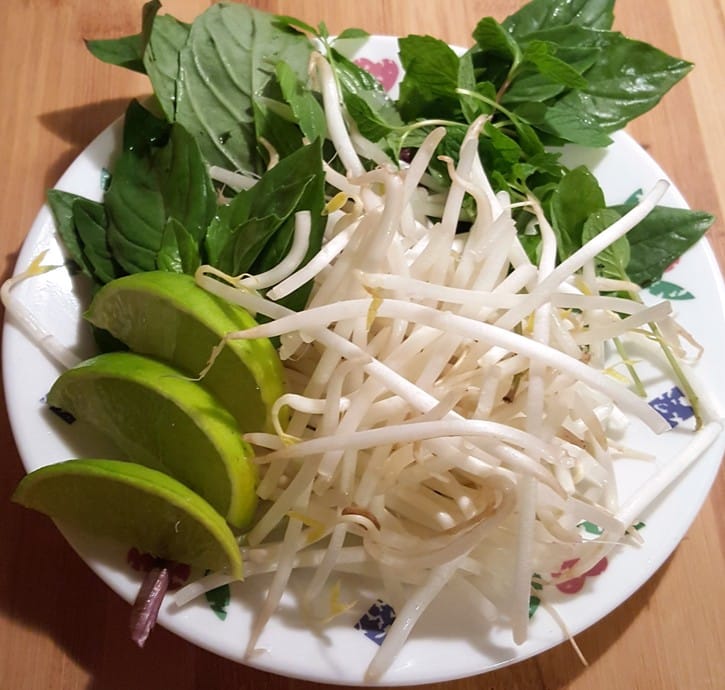 Pro Tip: Give each person their own garnish plate to garnish as they like.

I like to use a shot of Sriracha and a spoon of Hoisin Sauce in my bowl of Pressure Cooker Vietnamese Pho Tai.

Pro Tip: Scotch Bonnet peppers are super hot. I usually pull them out of the bowl after letting them flavor the bowl for about two minutes. Then I add a squeeze of the fresh lime. 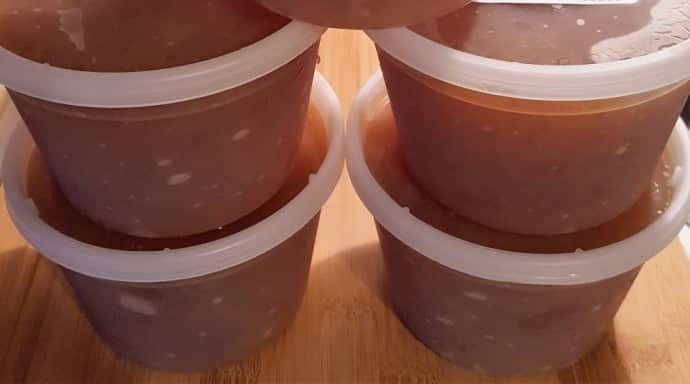 I generally make a couple of batches of Pho broth at a time and freeze them in Reditainer Extreme Freezer Containers.

Any time I want Pressure Cooker Vietnamese Pho Bo Tai, all I have to do is put a block of frozen broth in my pressure cooker and I am good to go! Don’t forget to place a label on the containers, so that you don’t get confused between bone broth and Pho broth.

I use these cute little Freezer Labels, which peel off cleanly and don’t leave a gunky residue on your container.

Give me some chop sticks and a spoon and I am good to go!

Must Have Table Seasonings for Instant Pot Pho.

HoiI put the whole pot of broth in the refrigerator until cool and then remove the layer of fat. If you do this, while you are assembling your bowls, put the pot back in the pressure cooker, lock the lid and set the time for five minutes. You want the broth boiling when you pour it into the bowls.
Broth can be frozen in individual containers for later use. I like the Reditainers Extreme Freezer Containers, as they seal nicely and keep out ice crystals. It's so easy to take out a container and pop it in your pressure cooker and have hot broth for your Pho bowl in five minutes! I use the Salbree 6 quart Steamer/Strainer Basket inside my Instant Pot/to make it easier to strain the broth. All you have to do, is lift it out! 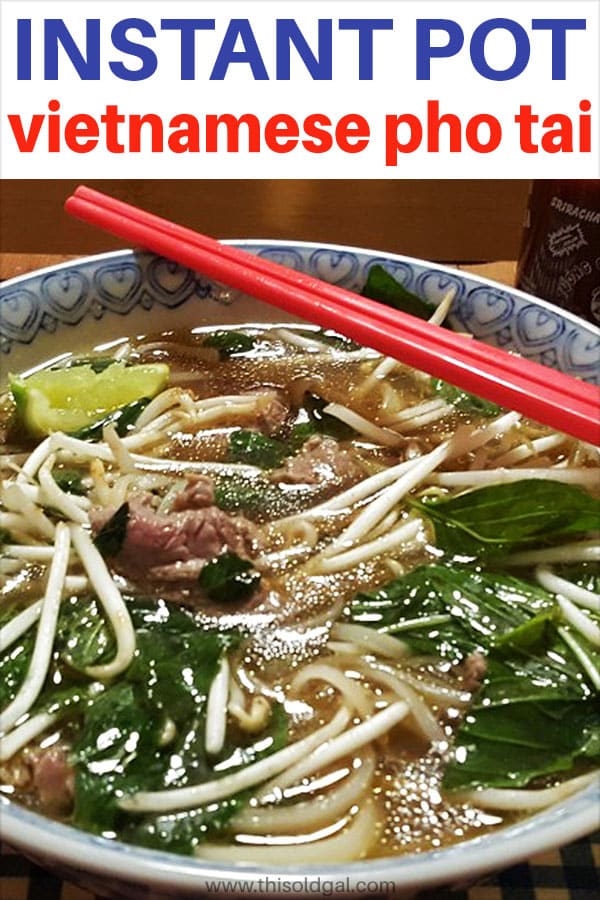