Pressure Cooker Spanish Tortilla originates in Spain. It is an Egg Frittata (Cheese-less Quiche) made with a Sofrito and potatoes. You will find Tortilla’s in Cuban households and restaurants under the Tapas category. 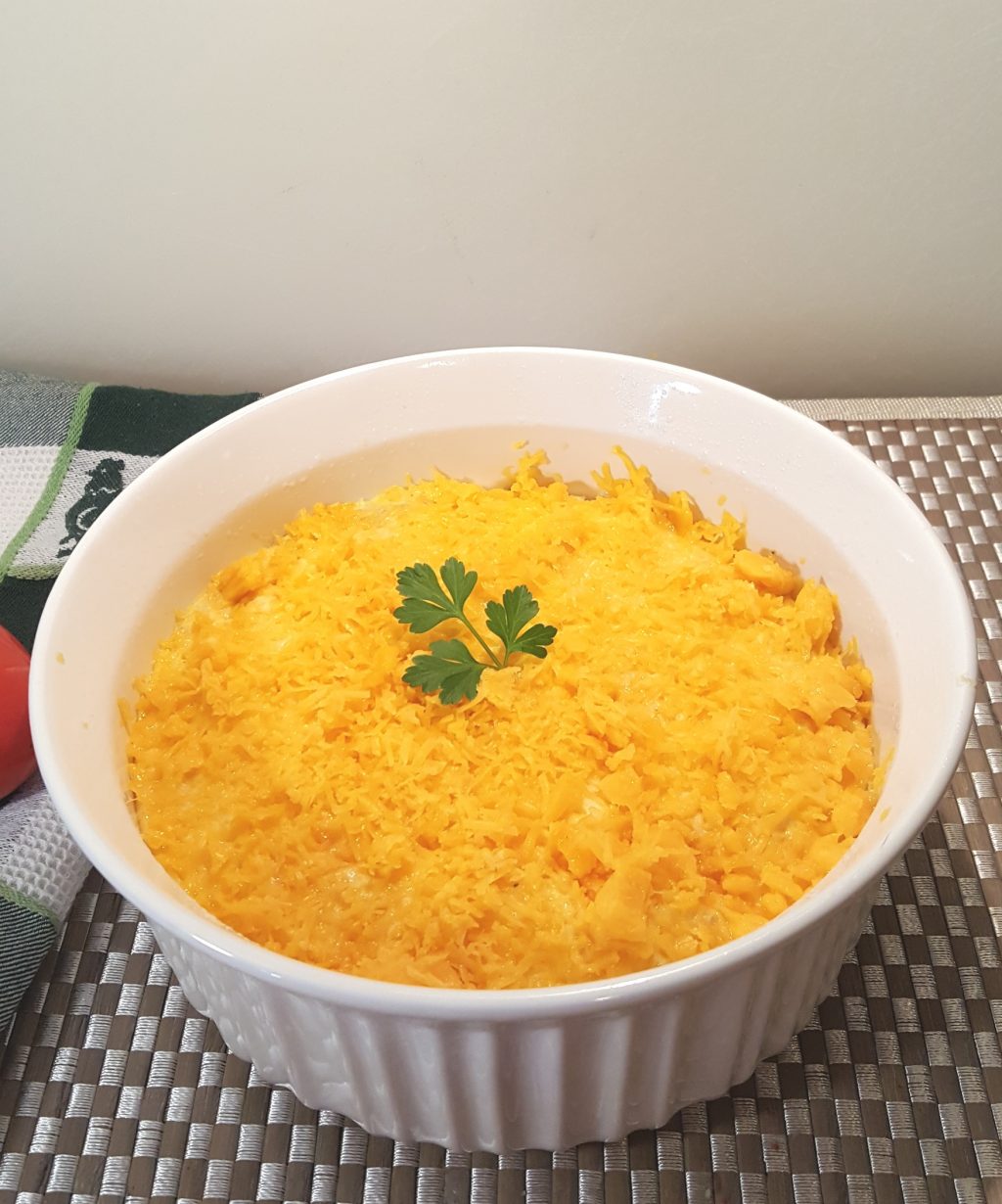 This Tortilla looks so pretty in the CorningWare French White Casserole Dish. 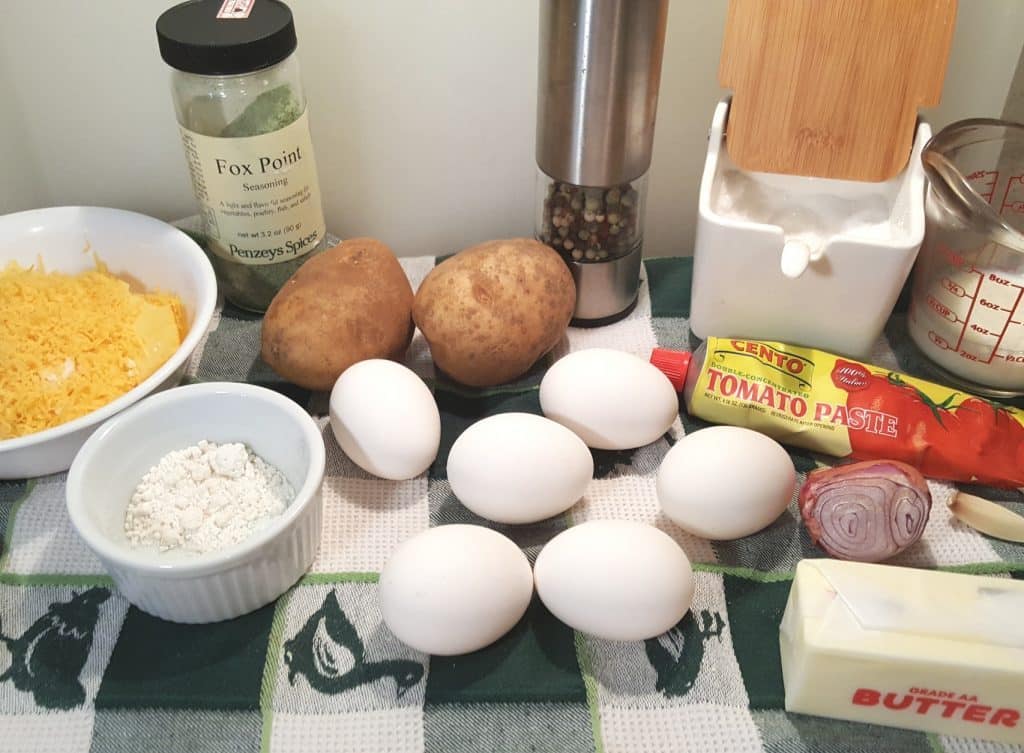 Latin cuisine usually starts with a Sofrito. In Cuban Cuisine, a Sofrito consists of Spanish onion, garlic and green pepper. Often times a little tomato paste is used in black beans and other dishes.

My dad was married to a Cuban lady, who taught me quite a bit about cooking Cuban food.

Tortillas are made on the stove top, where the sautéing is done. Since we are using an Instant Pot or Pressure Cooker, we aren’t going to Sauté anything, but will still end up with a very tasty Pressure Cooker Spanish Tortilla.

I’m also adding some Cheese to this recipe, as an option, which makes this recipe non-traditional, if cheese is added. 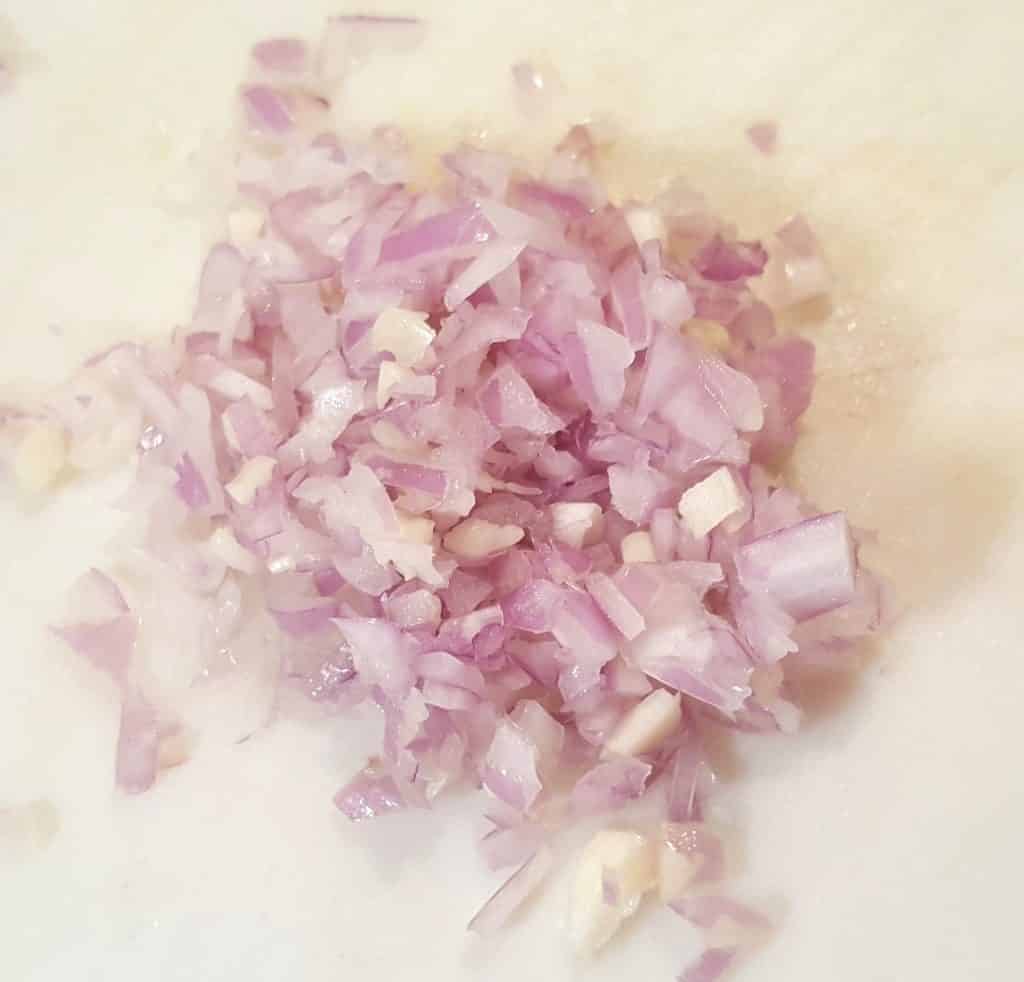 When I make the Tortilla on the stove, I sauté the veggies and then add the tomato paste. For this Pressure Cooker Spanish Tortilla Potato Egg Frittata recipe, chop the veggies small to make sure they will be fully cooked.

If you want to use your stove and a skillet, feel free to sauté your veggies and potato sticks. 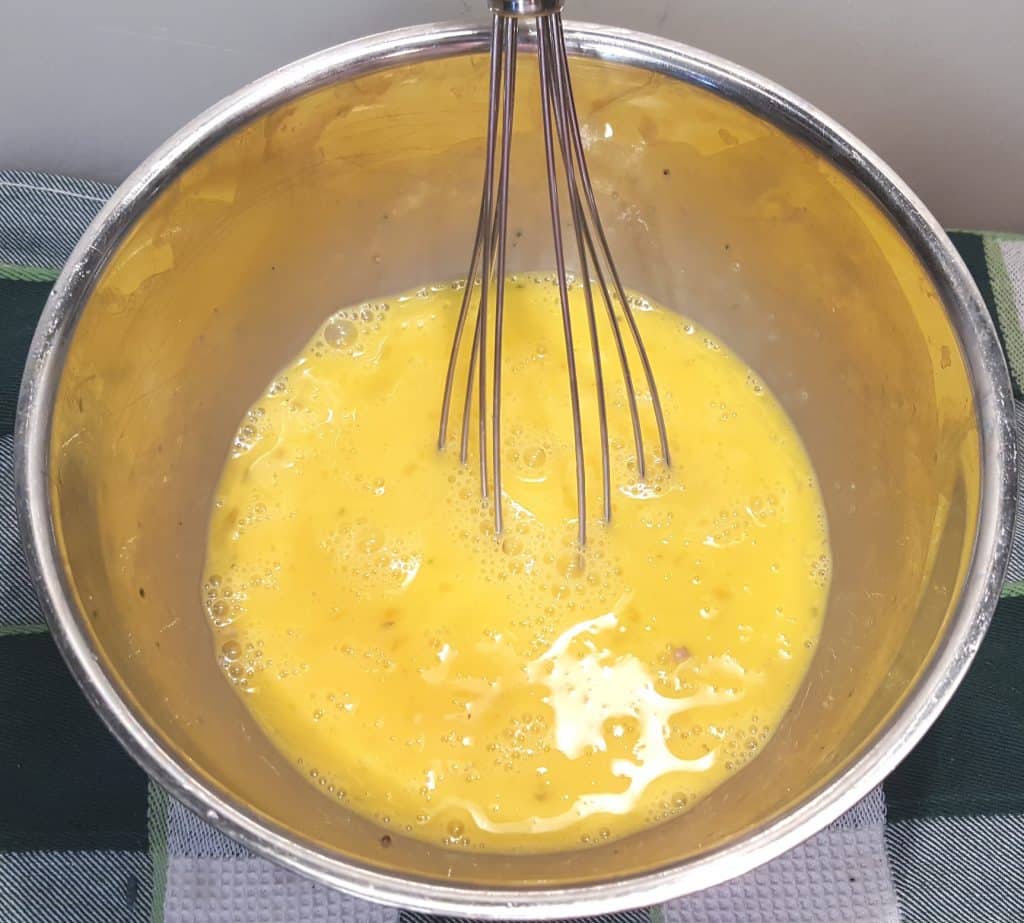 In a Medium Mixing Bowl or VitaMix/Blender, Whisk up the eggs with the seasonings until frothy.

Whisk in tomato paste and milk and add it to your bowl with the eggs. 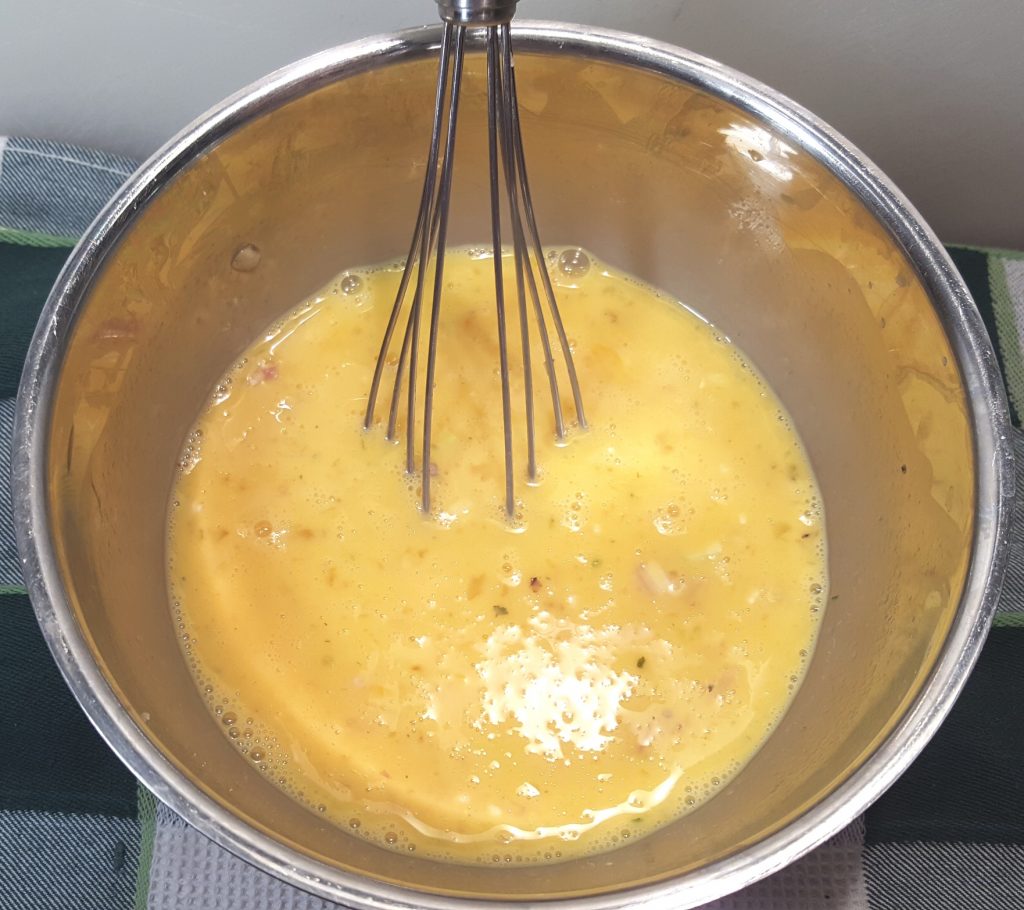 Mix in the Onions

Add in the minced onions and garlic and mix. 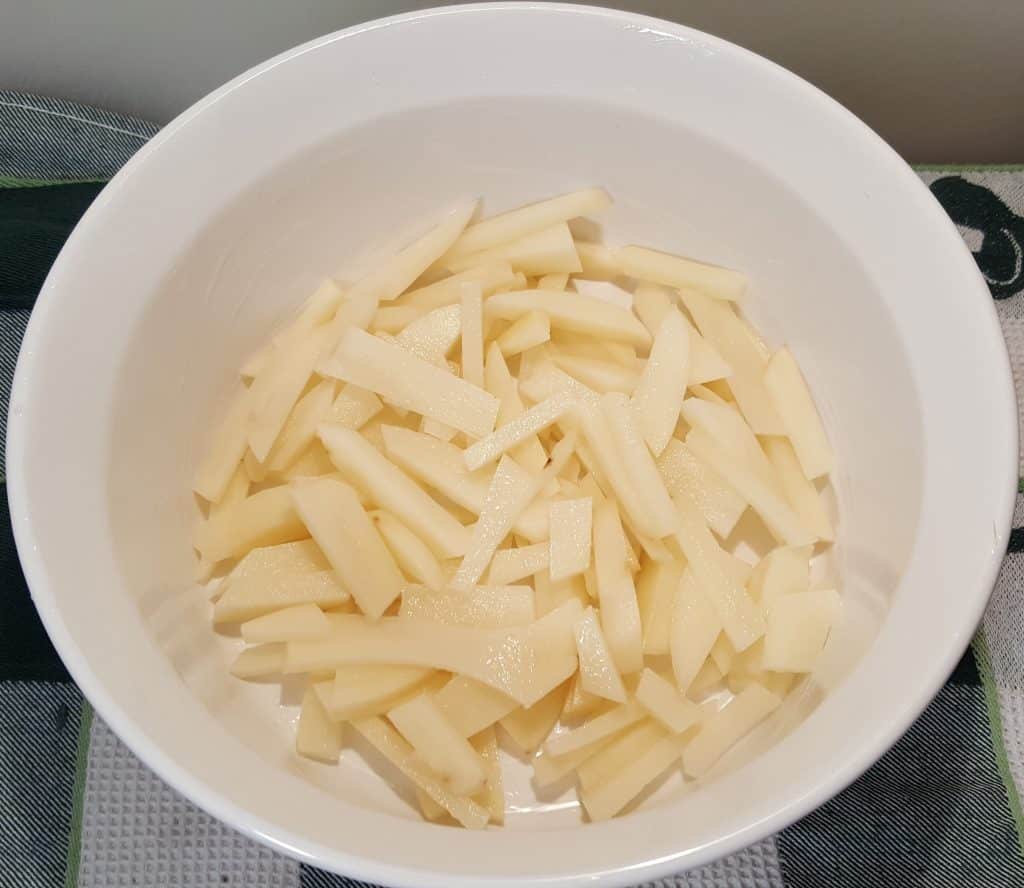 If using frozen French Fries, allow them to defrost. If using raw potatoes, peel the potatoes and slice them into thin pieces. Soak the raw potatoes in water for 20 minutes to remove the starch.

Generously grease your casserole dish. Eggs stick very much, so use a nice layer of oil. I like to use Homemade Ghee, Coconut Oil, Bacon Grease or Butter.

Lay the potatoes into the bottom of the casserole dish. 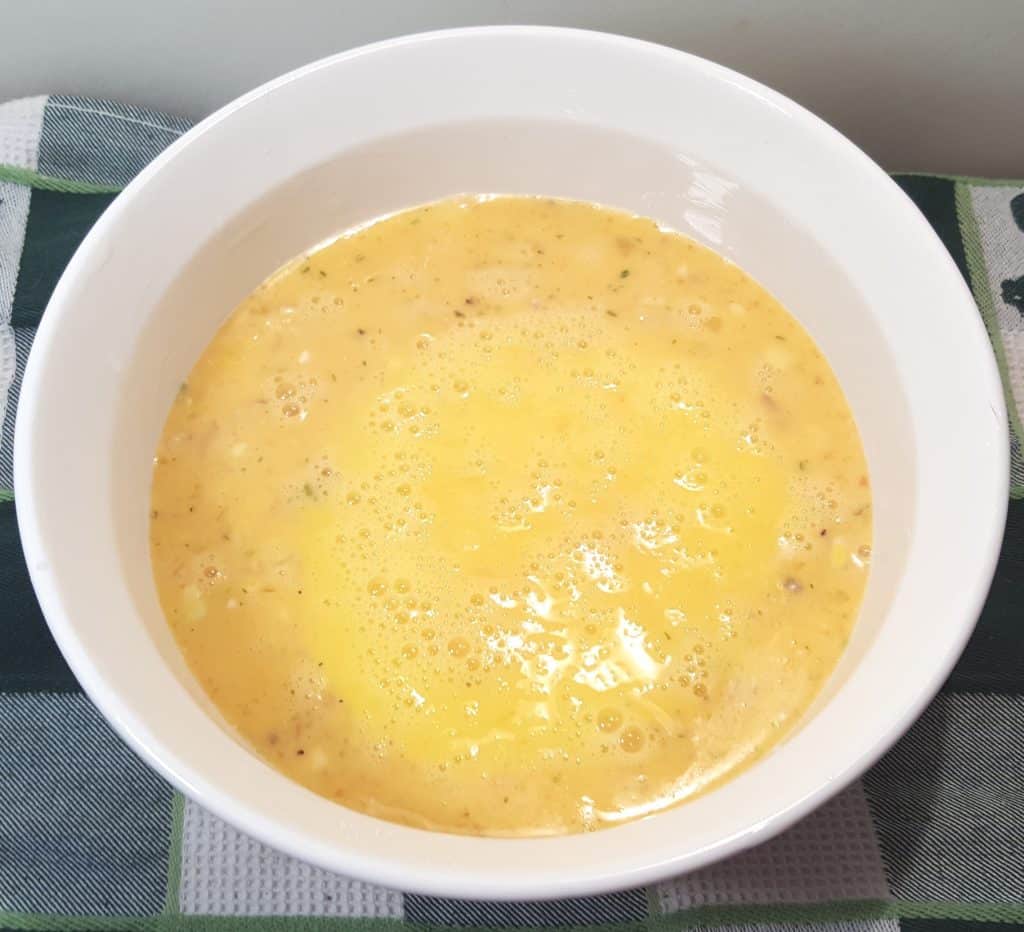 Pour the egg mixture over the potatoes. Some yummy, but non-traditional options are:

If you are going to use meat, like ham, bacon, turkey, add that in now. If you want to add some greens, add them in now. 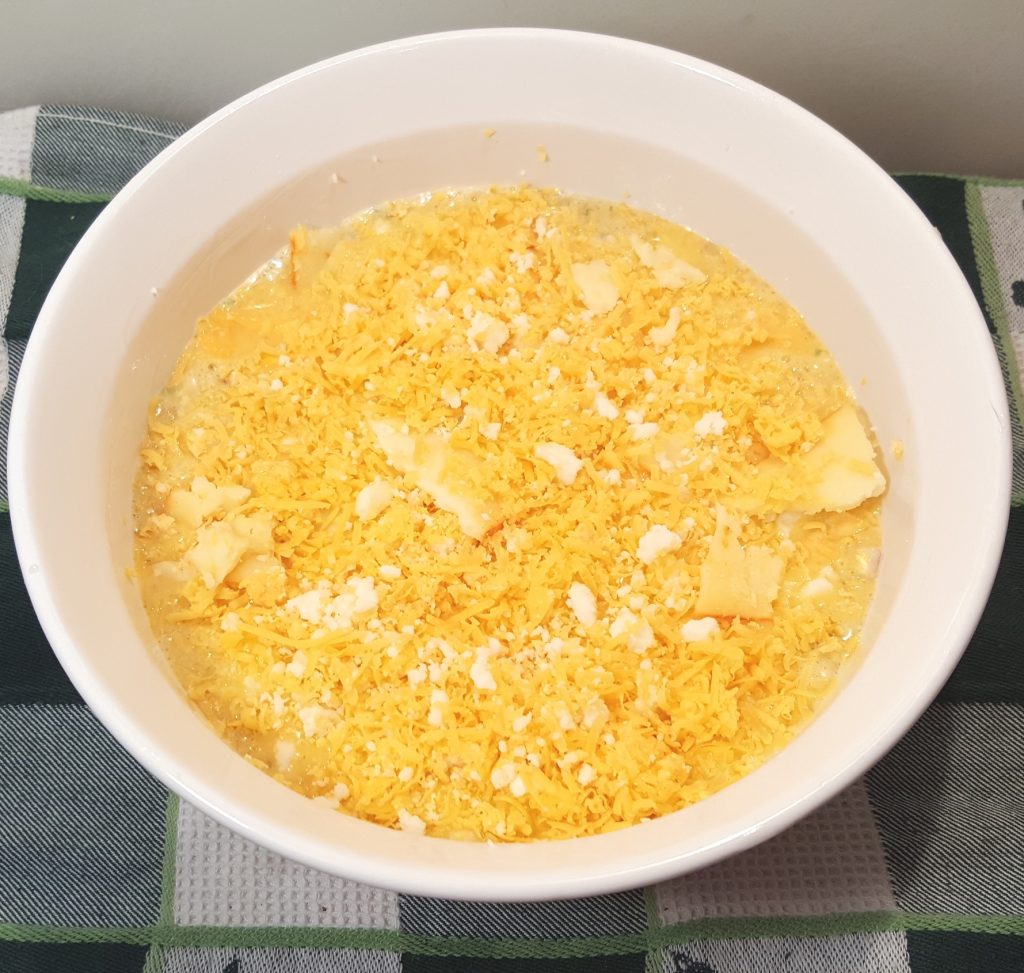 Add in Meat and then Cheese

Today I added Cheese on top, which is definitely not traditional.

It is up to you if you want to add other add ins.

As an aside, packages of grated cheese are covered in powdery substance to keep the cheese from sticking. I always suggest buying blocks of cheese and using a good to Grater it grate it yourself. 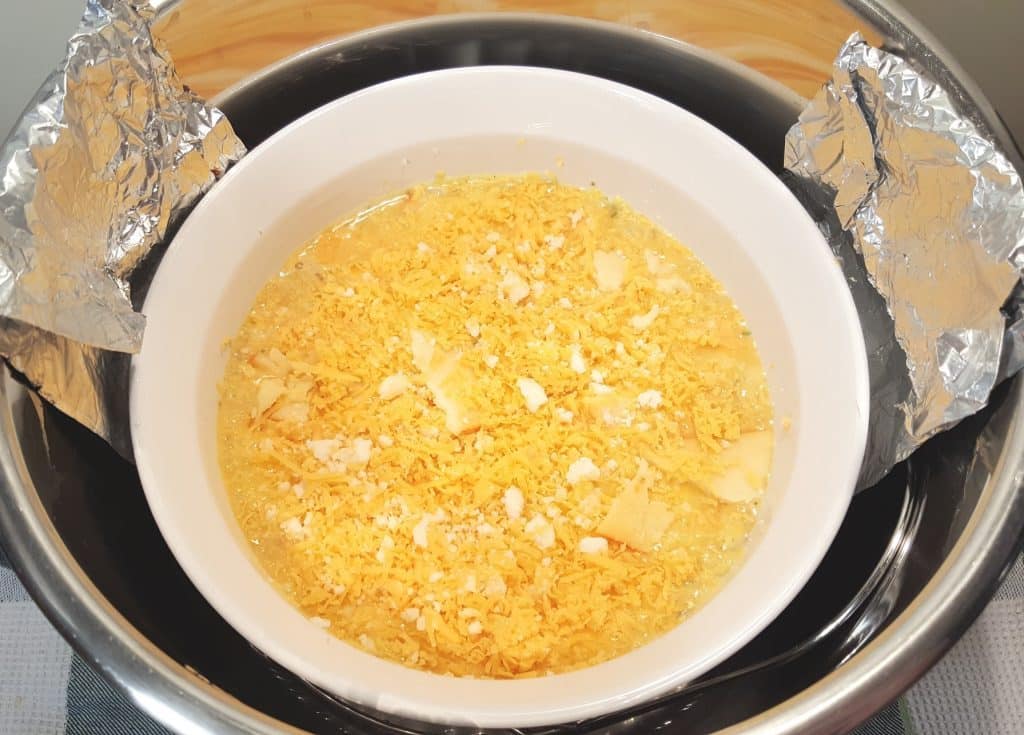 Use a Foil Sling to Lower Frittata into Pressure Cooker

Use a Foil Sling to Lower the Frittata into the Pressure Cooker. Fold over the edges, so that you can close the lid. Please see my article on Making & Using Foil Sling. 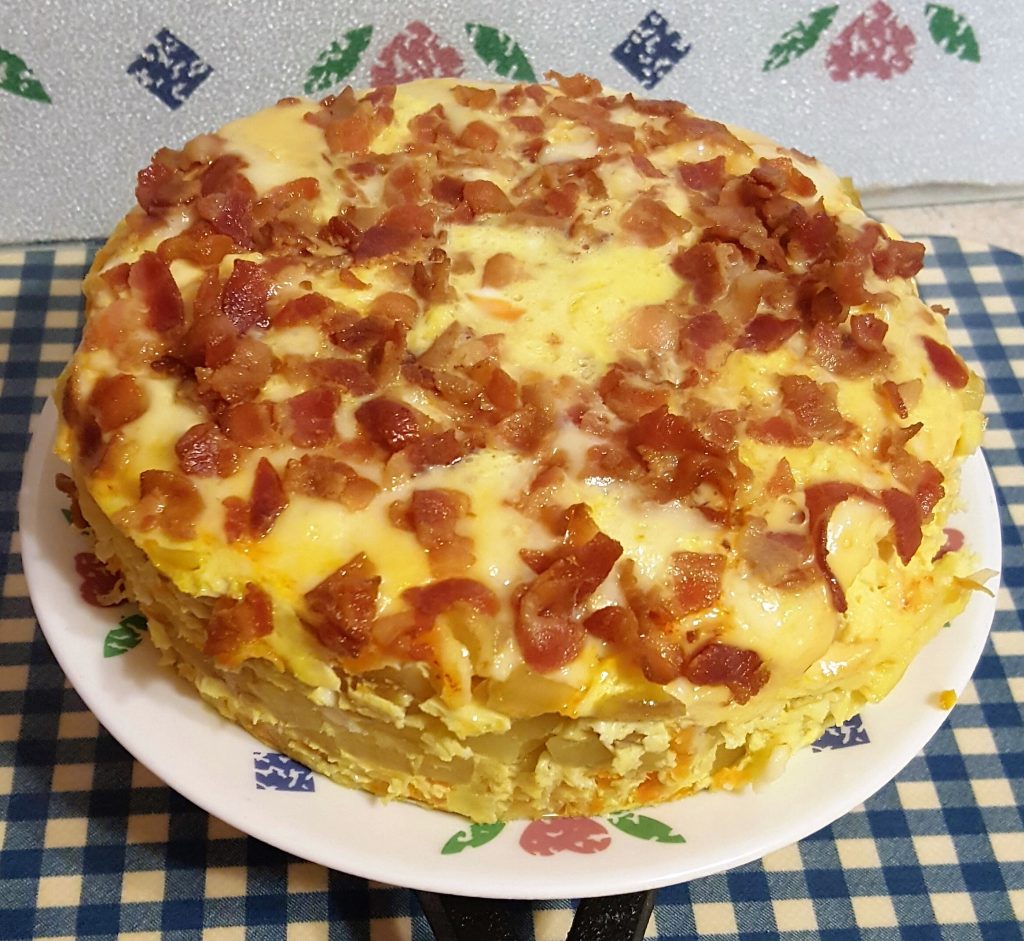 Here is a prior Tortilla. The bacon was cooked in advance and mixed in with the eggs.

It was then topped with more bacon and cheese, after cooking.

I think this CorningWare French White Casserole Dish really makes a nice presentation, which you can serve right at the table.

If you want to make individual servings, check out my Pressure Cooker Frosted Egg Cupcakes Frittata, where each person can add their own mix ins! It makes a great take along breakfast too!

Some people add extra goodies or don't beat the eggs until fluffy, so if the Frittata is still soft when you open the Pressure Cooker, cook for another 5 minutes. Others like a harder Frittata, so adjust your time accordingly. Adding Cheese is not traditional to a Spanish or Cuban Frittata.  My husband loves Cheese, so we sometimes add it in.
Tried this recipe?Mention @ThisOldGalCooks or tag #thisoldgalcooks!
© ThisOldGal.com - Sharing the recipe link to any of my recipes posts are both encouraged and appreciated. Unauthorized and improperly attributed or non-attributed use of this material, including screen shots, copy/paste of full recipes to any social media site, website, mobile application or service (e.g., copymethat, recipe keeper, pepper) or cookbook, without the requisite attribution or otherwise with express written permission from Jill Selkowitz is strictly prohibited. You may share a photo with a link back instead. 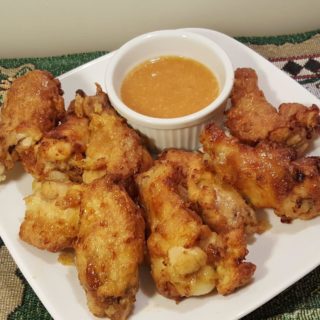