The lined formed out the door and the smell of Kalbi on the grill was so inviting. I used to go over with my friend, Elena, who is tall, thin and just so pretty, so she could get away with just about anything. She had a thick Filipino accent and a heck of an attitude. You did not want to mess with Elena.

Whatever we were served, wherever we were, it was never enough for Elena. Somehow, she managed to get an extra rib, a bit extra rice, extra something.

She just asked and they gave it right to her. She didn’t just ask for more with the Kabli, she asked for more, no matter what we had for lunch. The girl had Chutzbah! It’s one of the things that made her special. Well, truth be told, it was a little embarrassing. Elena is not around, so enjoy all the Pressure Cooker Kalbi Korean Short Ribs you want! 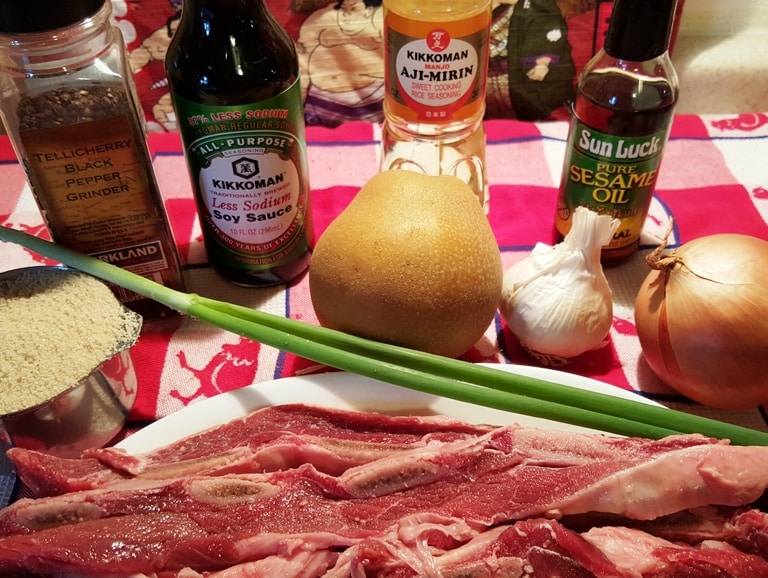 For  years I have cooked Kalbi on the grill, with jarred Kalbi marinade. I love when the flame comes up and char the edges of the meat. Mirin

I was challenged by a friend to prepare Kalbi in my Instant Pot, Ninja Foodi or Pressure Cooker with a homemade Korean Dipping Sauce. This Pressure Cooker Kalbi Korean Short Ribs recipe was put together with my friend, Mona.

I forgot to photograph the ginger, oops. In Korean and most Asian recipes, ginger and garlic go hand in hand. They are usually blended together with a tiny bit of oil to make a paste. It is then then stored in the refrigerator  and used in lots of recipes. Mirin is wonderful to use in Asian cooking! I love to use it in stir-fry dishes.

Massage the Meat with Brown Sugar

It is very, very, very important to rinse the meat well before you start. When the butcher cuts the meat into ribs, small shards of bone are left all over the meat. Make sure you tell him that you want him to cut the meat for making Pressure Cooker Kalbi Korean Short Ribs.

When Short Ribs are cut in this manner, they are called “Flanken” cut….at least in the Jewish culture. We love our Short Ribs. Check out my Pressure Cooker Red Wine Braised Short Ribs recipe. It’s fabulous and the meat will melt in your mouth. 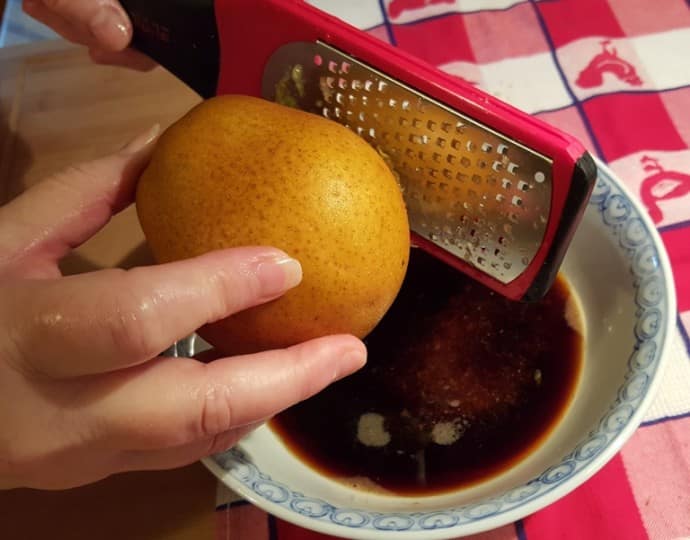 A delicious meal with a similar flavor is my Instant Pot Korean Beef Bowls. Of course, if you are feeling lazy, you can always make my very easy and lazy Pressure Cooker Korean Style Barbecue Country Pork Ribs. It’s really good, but seriously, dump in two ingredients and you have dinner!

And you will have this sauce or, 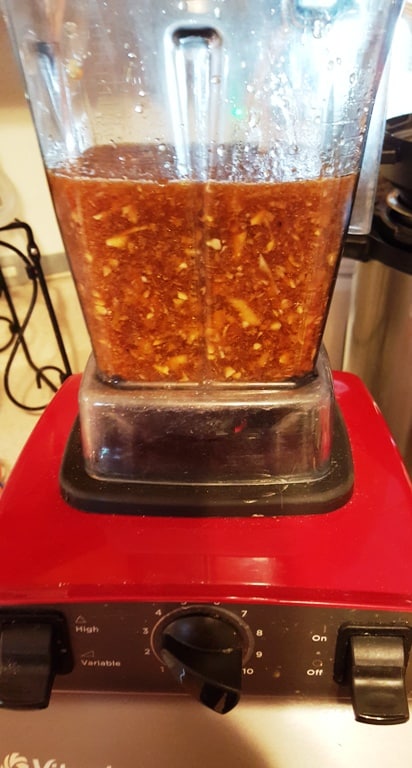 you can toss all the ingredients into a VitaMix 7500 or Food Processor. Even an immersion blender will work. So, just toss everything in and give it a whiz, which is what I do. 😉  It is so much easier.

Using a Ziploc Freezer Bag or a container, add the ribs with the brown sugar liquid and the marinade to the bag and let marinate for a few hours.

When you make the Kalbi on the grill, it is best to marinate the meat overnight. We often times buy a large amount of the ribs and freeze them with the marinade.

A shorter marinade is fine, but if you have the time, do it overnight. The ribs will taste a whole lot better.

Dump the ribs and sauce right into the Pressure Cooker cooking pot. It’s probably a good idea to try to arrange the ribs in a circle around the pot, so they don’t end up all twisted, like mine did. 🙂 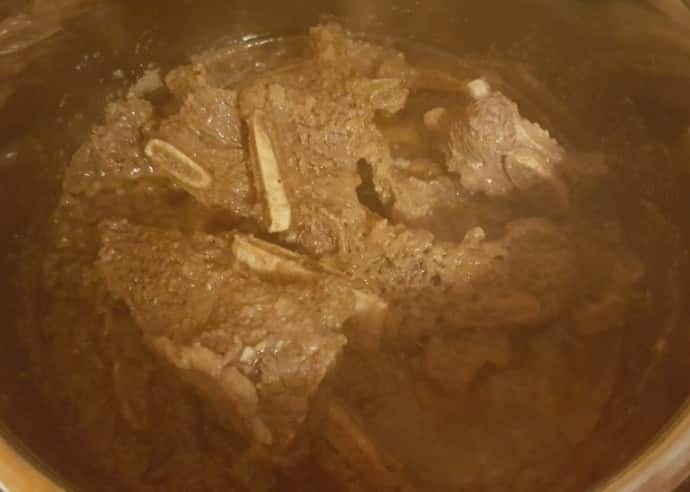 When the Pressure Cooker comes to pressure, turn on your broiler. Place the oven rack on the second level from the top.

Remove the ribs from the juice in the Pressure Cooker cooking pot and place all the ribs on a cookie sheet. Save that juice in case you want to double dip for the next side.

Broil for about five minutes on each side, or until a little charred if you like. I do like a char on my ribs and I like the sugars in the sauce to caramelize.

I like my ribs more charred than you see in the photo. If you want, after the ribs cook on one side, dip them into the juice and put them back on the cookie sheet on the opposite side.

This is not really necessary, as the ribs are very flavorful, but I love the char, so I go the extra step.

Serve this Pressure Cooker Kalbi Korean Short Ribs with Korean Dipping Sauce, a side of Coconut Rice and a green vegetable.

Vitamix Blender or Other Blender

If your market does not carry Asian Pears, substitute with a Bosc Pear.
Serve with Korean Kalbi Dipping Sauce. 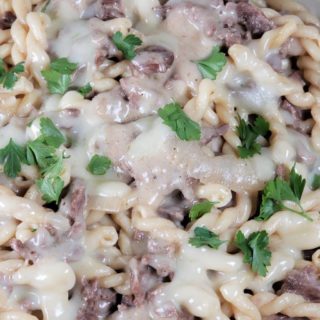